There’s something odd about leap years. How can we just nonchalantly add an extra day to February?

The calendar year usually includes 365 days. The problem is that each year it takes slightly longer than that — 365.24 days — for the earth to orbit the sun. So, we “lose” about five hours and 48 minutes each year.

In four years, that lost time adds up to close to one full day. Feb. 29 is added to keep the calendar in sync with the earth’s movement around the sun.

Can’t we ignore the loss? What’s a few minutes a day between friends?

It’s not that simple. If we don’t add a day, the timing of the seasons would slowly shift. Over hundreds of years, what are now summer months by name would become the winter months by weather — and vice versa. Who needs a blizzard in July? 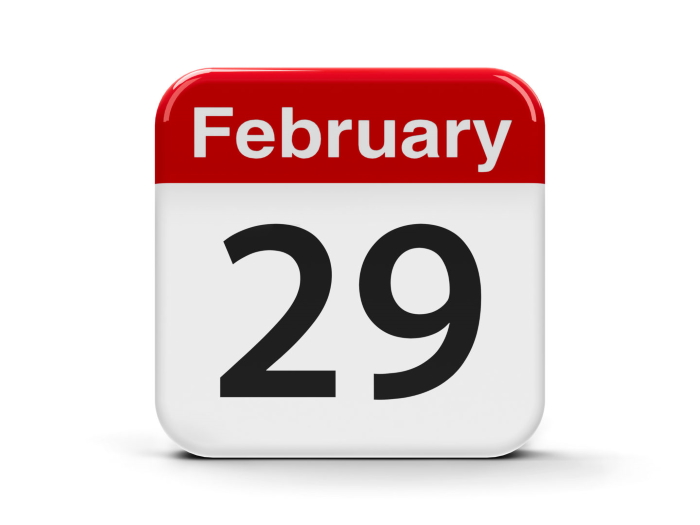 It Happened on the Extra Day

1692: The first warrants were issued in the Salem witch trials.
1940: Actor Hattie McDaniel won the Oscar for Best Supporting Actress, the first African-American to do so, for her role as Mammy in Gone with the Wind.
1968: Norwegian Leif-Martin Henriksen became the third of three siblings born on consecutive leap days.
1972: Hank Aaron’s $200,000 contract made him the highest-paid player in Major League Baseball.
1980: Left in a police file for decades after Buddy Holly’s death in a 1959 plane crash, the Crickets leader’s black-framed glasses and watch were rediscovered.

Julius Caesar, with help from the ancient Egyptians, in about 45 B.C. was the first to designate Feb. 29 as a leap day. But it was Pope Gregory XIII in 1582 who revised the number of leap years. We still use his Gregorian calendar, including its Feb. 29 once every four years.