John Lane is an attorney who lives in Cold Spring. He and his wife, Charlotte Palmer-Lane, moved to Cold Spring in 1999. He spoke with Alison Rooney.

When I was in law school, I did a summer internship in London. In England, lawyers are solicitors or barristers. The solicitor usually does everything but appear in court. It’s more relaxed now, but until the late 1990s the barrister’s job was to present the opening and closing arguments, argue the case and question and cross-examine witnesses. During my internship, we followed a barrister around. 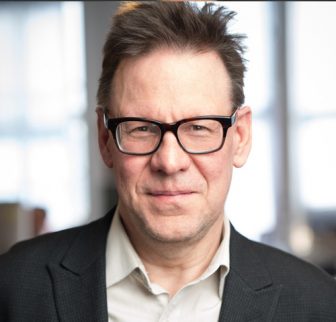 Later, as a young lawyer in New York City, I met my future wife, Charlotte, who is British and was visiting the U.S. She was living in London, so we went back and forth on visits and I spent a summer holiday there.

At a certain point, we both felt game for a change. Charlotte had just landed a job at the BBC as a costume designer and I didn’t want to make her leave that. So, in 1987, I moved to London, where I worked at a solicitors’ firm. Solicitors find clients, initiate the investigation, develop the case and brief the barrister when it’s time to file the complaint. Based on my experience as an intern and in New York City, where I had rarely gone to court, let alone spoke there, I was much more interested in becoming a barrister.

I was discouraged in this pursuit by the Law Society [the professional association for solicitors], as well as the Inns of Court [the association for barristers], but I was determined. 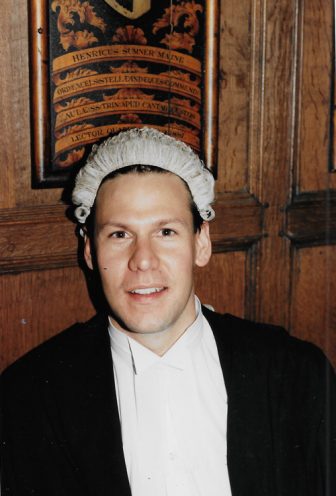 John Lane in 1989 at his Middle Temple call

To receive permission to take the England and Wales bar exam, I had to join one of the four Inns of Court. I chose Middle Temple, which had a library floor devoted to American law. During the Blitz in World War II, a wall of the structure was blown out and the American and Canadian Bar Association provided the funds to repair it. Four signers of the U.S. Constitution were trained at Middle Temple because families who could afford it sent their sons to London to study.

As part of your qualification, you had to dine “in hall” for four terms. The Middle Temple dining hall resembled Hogwarts. The philosophy was that, before there was a written bar, students learned by following around a senior barrister.

I finally qualified for the exam and took the bar in November 1989. After passing, you had to do two, 6-month stints in pupillage [an apprenticeship under a barrister]. During the first term you weren’t paid except for a small grant. During the second, you could start taking briefs and earning some money. Once fully qualified, you made applications to join various chambers. I was a curiosity, but some took me seriously and one took me on.

I’m not quite sure how I survived the process. It was abusive, which I say with kind of a laugh. There were fun, interesting things about it, too. I had experiences that most American lawyers would never have. For instance, I had to pledge allegiance to the Queen before every meal. In court, I wore a wig, a tradition that dates to Jacobean times [in the early 17th century], when they were fashionable. The wig distinguishes the advocates in the courtroom. There are particular types for barristers, and longer ones for judges. 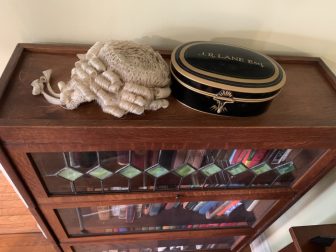 I bought my wig from my senior barrister; he was upgrading to horsehair. The junior wig was mostly plastic and this was preferred because you could throw it in the washer. A wig case was required, along with robes, waistcoats and shirts in funny colors with removable collars. Most of mine were bought at Ede & Ravenscroft [a London tailor founded in 1689]. You’d suit up in the “robing room,” like an athlete getting ready for a game.

The British court system was very different. For instance, in the U.S., there are set time limits for oral arguments and rebuttals. But in the U.K. Supreme Court — which used to be a wing of the House of Lords — appeals could go on for three or four or more days. There was much more spoken argument, and less paperwork. One thing I found unfortunate in U.S. practice was the lack of civility and camaraderie between opponents. In London, there was an ingrained camaraderie between advocates at the bar.

All in all, it was a mixed bag. At the end of the day, for me, it was like starting over again, which became frustrating. Also, it was financially difficult, and there were cultural barriers, not just for interloper Yanks but for minorities. With my flat accent, there were prejudices. You had to give as good as you got. It’s a lot easier now for trans-jurisdictional lawyers to practice there.