Its driving force was Gordon Stewart, a corporate executive, former vice president at the American Stock Exchange and former speechwriter for President Jimmy Carter. He had moved full-time to Garrison from New York City with his wife and daughter three years earlier.

The first articles posted on July 4, 2010, covered an ongoing rezoning debate in Philipstown and upcoming hearings on Main Street parking and composting toilets. A story posted two days later profiled The Slambovian Circus of Dreams. (Michael Turton this week follows up with the band.) Anyone who stopped by the office that hot day was offered a Philipstown.info bumper sticker and T-shirt.

Nearly two years later, Gordon decided Philipstown.info should have a weekly print edition. He called it The Paper. It launched on June 1, 2012, with the banner headline, “Bridge Snarl Ends This Month.” The paper immediately began to win state and national awards — more than 80 so far.

For those unfamiliar with our origin story, which has been told in The New Yorker, a bestselling book, a documentary and elsewhere: In 2008, Roger Ailes, then the chairman of Fox News and a Garrison resident, purchased the 142-year-old Putnam County News & Recorder, based in Cold Spring, to the dissatisfaction of many members of the community.

Gordon Stewart would later say he wasn’t as bothered as some. But there were meetings and talk of launching an alternative paper. It would be costly, and while many people wanted to write columns, few stepped up to cover the Village Board. 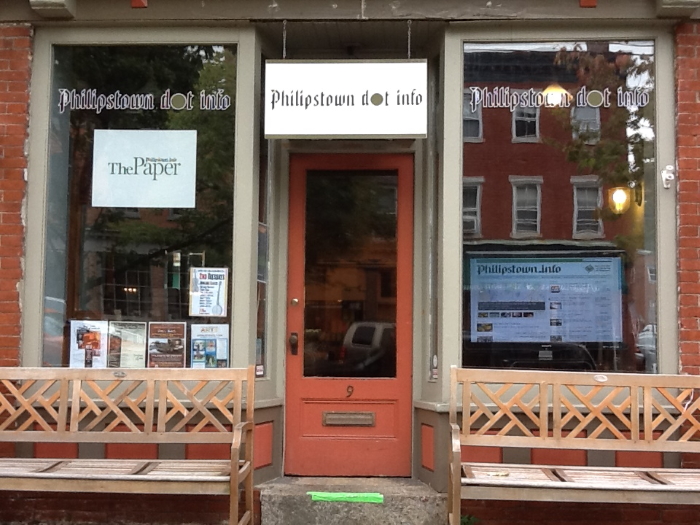 After mulling it over for about a year, Stewart decided to launch a digital news source, at his own expense, that he felt would better serve the community. He kept the site at philipstown.info a secret and covered the signs on a storefront he rented at 69 Main St. until shortly before the Fourth of July parade.

By that day, the site had three staff members: Michael Mell, the website editor; Joe Dizney, the lifestyle editor; and Liz Schevtchuk Armstrong, the news editor. Soon after, former PCNR reporters Michael Turton and Alison Rooney came aboard. Dizney later recalled that the grand opening on a busy holiday had been “auspiciously commonplace,” but added: “We were aware of being it in for the long haul.” 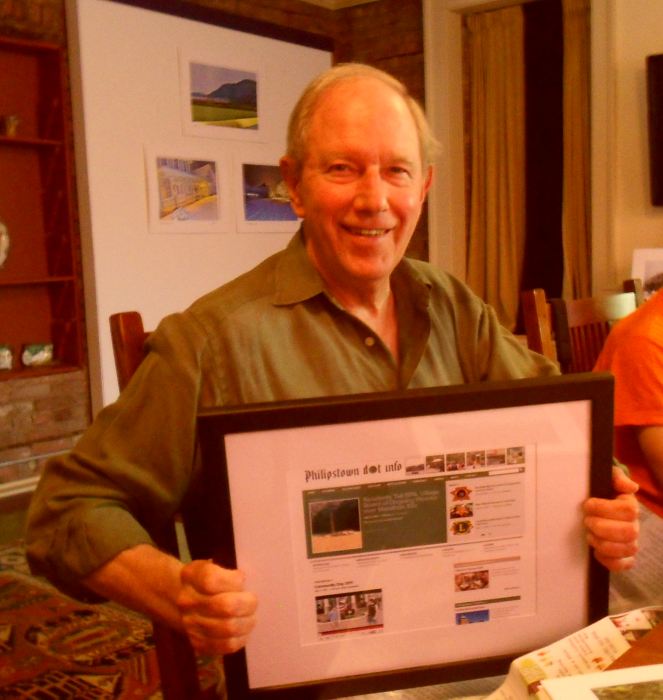 Gordon Stewart with a framed copy of the website as it appeared on July 4, 2010

Gordon died in November 2014, at age 75, but not before converting his enterprise into a nonprofit to keep it going with community support. In 2016, after expanding our coverage to Beacon, we changed the name to The Highlands Current.