Sara Dulaney, of Cold Spring, is an addiction recovery coach. She spoke with Alison Rooney. 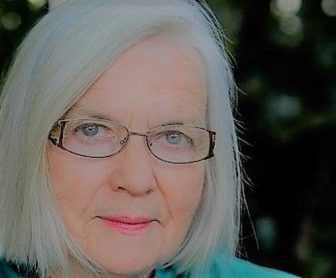 When I was living in New York City, I would sometimes spend a weekend afternoon doing what I called “going with the green.” I’d walk through town and at every intersection proceed in the direction of the green light.

I had some remarkable adventures (and, even with a paucity of green lights in Cold Spring, I’m still having them). In retrospect, my life and careers look like a random collection of events, but they are connected by hidden knots, most of which I didn’t tie. You have to say, “Yes,” or you have to say, “No,” to get to the next intersection.

I was married at age 19. My parents met while both were journalists at The Washington Post, and I thought that’s what I’d be doing. There was a plan: my husband would finish law school, and I would work until I got pregnant, then we would move to the suburbs. Luckily, that didn’t happen.

I landed a secretarial job at the new Washington bureau of ABC News — that’s how it worked then. It was 1963, six weeks before President John F. Kennedy was assassinated. Another summer I got a job as a “floater” at Condé Nast in New York City, working with an editor who was writing a book. She was not splashy — she wore a hat in the office, gloves on, elegant. She would dictate, and I would type. 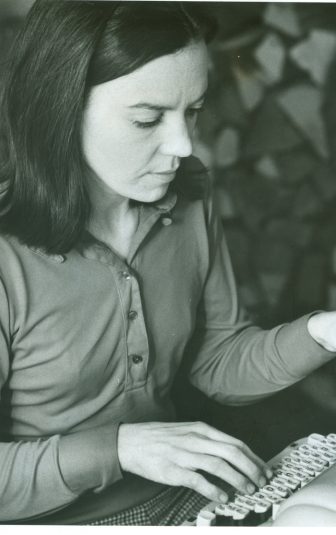 After graduating from Barnard, I started a job at Cowles Education at Madison and 52nd. They produced the Volume Library encyclopedia and always hired six or seven graduates from the Seven Sisters [women’s colleges in the Northeast] to edit awful articles that theoretical professionals sent in. I thought, “If these people got paid to write this, I can do it, too.” At the time, my boss said he wasn’t able to get me a raise but I could take Fridays off and he’d say I was at the library.

At the time, my husband and I were living in a rent-controlled apartment around the corner from the New-York Historical Society. I started going there. I turned some of my research into an article, and a magazine published it and paid me $50.

After we adopted a baby, I was jonesing to get back to my typewriter. I had done brochures for Parents that I wanted to expand into books. Eventually, I wrote 30.

Then the trail started winding: I got divorced. I remember thinking, “What does a writer do to earn money?” You go into public relations. I had clients like Columbia University and the New York Public Library. I landed a job at New York University. I wound up with great housing, excellent benefits and a master’s degree in therapeutic recreation and leisure counseling, all free. I walked to work through a garden. Eventually, I was able to retire, but I wasn’t ready.

I moved to Cold Spring in 1994. I kept writing. My last books were in the category of “useful” topics, such as How to Succeed at Online Learning — things that you’d just Google now. Meanwhile, a friend was working at the Turning Point in Beacon [a substance abuse rehabilitation center affiliated with St. Francis Hospital]. I started doing recreational programs with alcoholics and addicts. I was encouraged to get a credential as an alcohol-and-substance-abuse counselor.

When I think about that boss who told me to take Fridays off, I think what an influence he had on the rest of my non-linear life.

My son had a friend during high school, a bright and interesting boy, Ravi. He came to my door one day with a notebook, looking a bit down. “You write books,” he said. “Can you tell me how to plan my life?” I tried to reassure him that it was all an amazing adventure, but I could have just said, “Go with the green.”