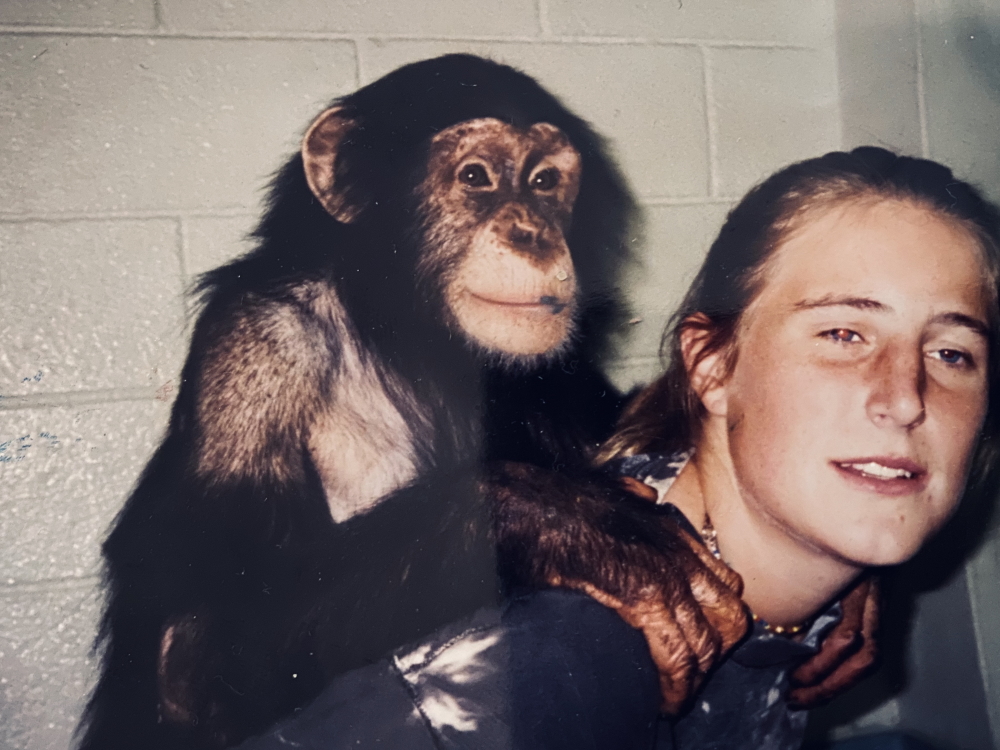 Alex Dubroff, who lives in Philipstown, is the executive director of the Topfield Equestrian Center.

You were an anthropology major at SUNY Stony Brook but ended up working with primates. How did that happen?

That was always the plan. In high school I read the autobiography of Dian Fossey, who studied mountain gorillas in Rwanda. I became obsessed and went to college planning to combine anthropology with my dream of studying primates in the wild. A graduate student asked me to be his research assistant, and that’s how I wound up in a non-invasive lab [in which the animals are not subjected to inoculation, surgery or biopsies], working with macaques, baboons, chimpanzees and bush babies.

What was the focus of the research?
They were studying the evolution of muscles and how that related to the evolution of bipedalism, or how we came to walk on two legs, which chimps don’t — they’re quadrupedal. They put a tiny electrode wire into a primate’s muscle so it could track when the animal is firing that muscle.

Did you enjoy the work?
I loved the animals. But I didn’t pursue my Ph.D. because I couldn’t see myself doing that kind of research. The animals were stuck in such a sterile environment. But I became the caretaker of the primate lab and really got to know them. There were these two 5-year-old boy chimpanzees, Jason and Jones, and I fell completely in love with them. When you looked into their eyes, it looked like you were looking into human eyes. There’s an intelligence behind those eyes.

They used to scream when I left the lab each night. The lab was devoid of any kind of enrichment, and they were bored. I’d bring in boxes for hide and seek, and we’d use enrichment devices where they had to figure out how to get the food out of the device; we’d play ball with them — really, we’d do anything that we could in order to stimulate their minds, but it wasn’t enough.

There was also Kim, an 8-year-old female chimpanzee. It took me six months of sitting outside Kim’s cage without her threatening me. Chimps have seven times the strength of a male human. One day she initiated a game of tag so I knew she had accepted me. Afterward, my dad was visiting the lab and wanted to leave, but I knew that if I attempted to leave at that time she would have lashed out.

Can you share three quick facts about lesser-known primates?
1. Never look into a macaque’s eyes; that’s considered a threat. 2. Bush babies scent mark everything. 3. A gibbon call is one of the most beautiful things; they sing to each other in the morning.

You planned to conduct research in Africa. Why didn’t you?
My professor told me that study in the wild was not where it was at, that primate research was going in a more scientific-based way rather than using observation. I decided at that point I wasn’t going to go that route. 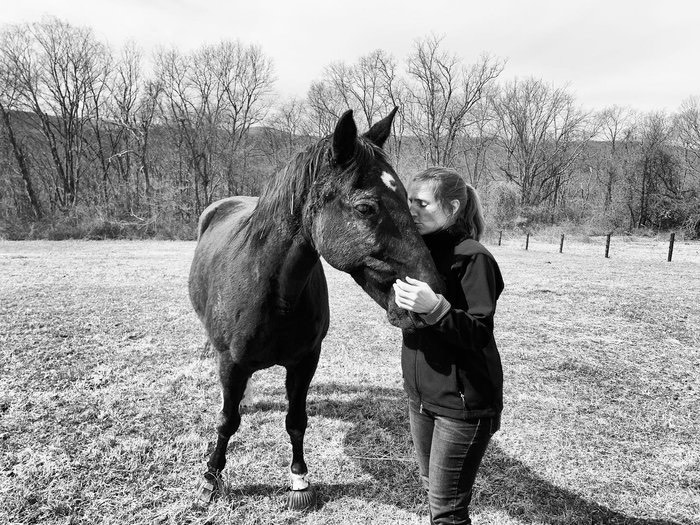 What did you do after leaving the lab?
With a degree in anthropology, I couldn’t find a job. I wound up starting as a temp at a computer consulting firm. I was a receptionist, then moved into coding, which I wasn’t good at, but they made me a project manager. I moved on to an investment bank, which was never my thing. My passion was always animals. But having that work experience allowed me to gain a skill set I never would have had and can put to work at Topfield [a nonprofit that provides therapy through encounters with its horses]. Your path reveals itself, eventually.

After you left, did you keep up with the animals?
Yes. Jason and Jones are in a Texas sanctuary called Primarily Primates. I went to see them five years later and they recognized me! I knew this because of a combination of their excited pant hoots, which is a particular call that a chimp does, as well as them signing the word “apple,” which was one of the words we used a lot in teaching them American Sign Language. The majority of great apes — chimps, bonobos and gorillas — have been removed from labs because they’re just too smart — they have deep emotions, like when those boys would scream. They need enrichment and the right kind of environment.

Now you’re around horses all day. Do you see any similar behaviors?
You can’t fool a horse about how you’re feeling. If you have anxiety, they sense that. They’re good at reading body language. But horses communicate in a different way. They are not human-like.

How did you get involved with Topfield?
I got involved when I was doing a lot of prevention work with gun violence, which meant meeting and getting involved with families who had lost people. I ended up at Topfield as a volunteer, looking for solace, wanting to be calmer in my skin, because I was an emotional wreck. I was a volunteer for almost four years before coming on board as an employee. I’ve always had a connection with animals; they accept me for who I am. For people suffering from emotional turbulence, horses just have something.