Greg Williams was fourth person to hold job since 2014

The board of the nonprofit Hudson River Sloop Clearwater voted on Monday (July 20) to remove its executive director — the fourth person to hold the position in the past six years. 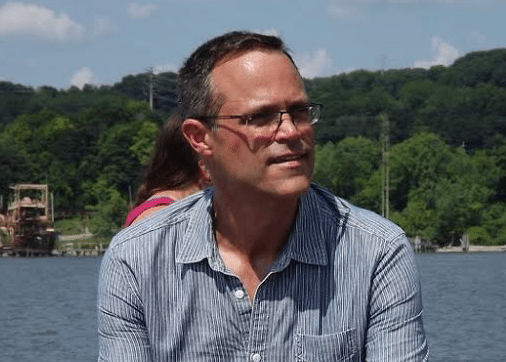 Greg Williams, who lives in Cold Spring, was hired by the Beacon-based nonprofit in 2018. A native of Croton, he returned to the Hudson Valley from Seattle to take the job, which had been filled by two interim directors following the department in 2016 of Peter Gross, who served 18 months before resigning.

The environmental organization was founded in 1969 by folk singer Pete Seeger. It has struggled financially in recent years and was hard-hit by the COVID-19 pandemic, which forced the cancellation of its primary fundraiser, a two-day summer music festival.

In a statement, the Clearwater board said: “This action follows the ongoing inability of the executive director and senior staff to work constructively with one another due to an irreparable breakdown of vital professional relationships.

“While not wishing to publicly disclose details of personnel matters, the board wants to assure the Clearwater community that we took this action only after listening to input from a wide range of Clearwater members and employees and following extensive discussion and consideration.

“Though we realize not everyone will agree with the vote, the final decision reflects the board’s ongoing effort to uphold the standards of Clearwater, including its ethical obligations to its staff.”

When asked in an interview if his dismissal had been a surprise, he paused and said, “Let’s say yes,” but declined to elaborate.

“We have a board election in September,” Williams said. “It would be great if members would turn out to vote in large numbers and know as much as they can about the candidates who are running and how they intend to move the organization forward.

“Clearwater remains a unique and important institution in the Hudson Valley,” he added. “I am incredibly proud to have served as executive director for two years.”

The organization said Steve Stanne, the president of Clearwater, and Joan Gaylord, an executive committee member and chair of its communications committee, will serve as interim co-executive directors. In the statement, it said the final report of its strategic planning committee will help guide a search for William’s replacement.