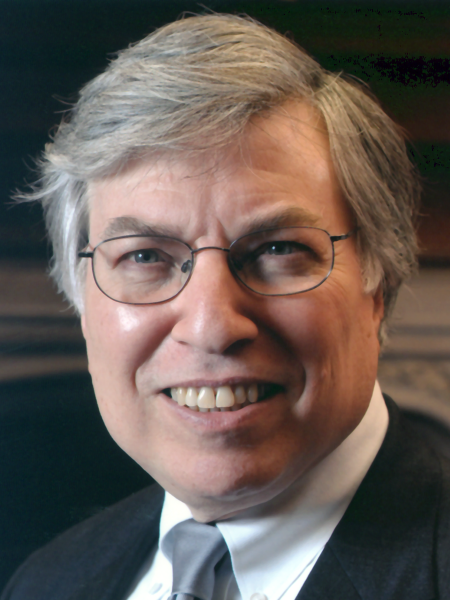 James Thomashower, who lives in Garrison, is executive director of the American Guild of Organists.

What is the American Guild of Organists?

It’s the world’s leading association serving amateur and professional organists. About 95 percent of our members play in churches and synagogues, but we also have recitalists who play in places like Carnegie Hall — well, not actually Carnegie Hall, because it doesn’t have an organ. I wish it did!

Your OrganFest this year was called “Beauty in the Midst of Chaos.” I’m assuming that’s a reference to COVID?

Yes. We have a national convention in even-numbered years, and it’s the largest convention for organists in the world. It was scheduled for Atlanta, but we had to cancel. Many people were already signed up, and everyone was looking forward to seeing each other, so we had a virtual convention, although we didn’t call it a convention because no one was convening. We had world premieres of commissioned music recorded in settings all over the country.

Has COVID been particularly difficult for organists?

Absolutely. Our membership has struggled because congregations have not been allowed to gather and fill the pews the way they normally would. Some churches have opened but you have to sit 6 feet apart, which doesn’t make for the optimal worship experience. That said, quite a few churches have been recording services for Facebook or YouTube. So, the organist comes into the church with the pastor, who conducts a service, the organist plays, and the whole thing unspools on a Sunday morning.

Are there any notable organs in our area?

The West Point Chapel has a spectacular instrument, and I commend it to everyone’s attention. There’s a new organ at St. Philip’s Church in Garrison, but the inaugural concerts were postponed because of COVID. That’s the brand-spanking-new organ in town, but I don’t think anybody’s heard it yet.

Do you play the organ yourself?

No, I come from an association management background. My first job in the industry was with an organization for accountants. Then I moved to another accounting organization, although I don’t have an accounting background, either. I’m an English major from Columbia University. But I’m a native New Yorker and at my last job, in Virginia, I felt out of my element. So I looked for a job in the Northeast, and my wife pointed out an ad for the opening at the American Guild of Organists in a paper and said, “James, this is your job.”