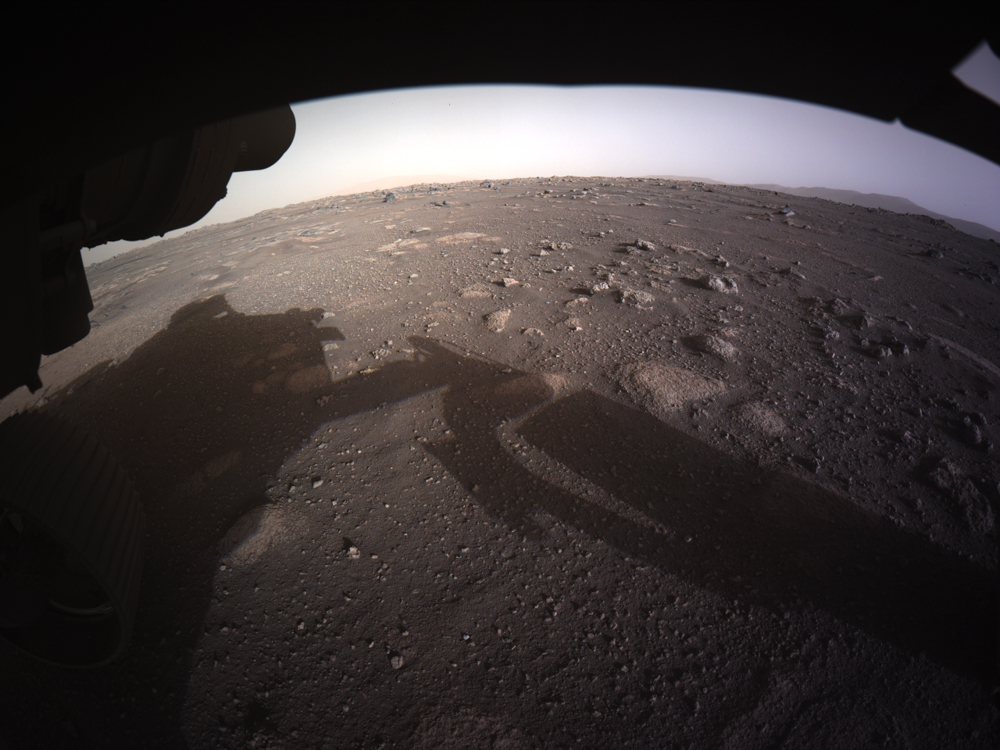 This is the first high-resolution color image sent back from Mars by the Perseverance after it landed on Feb. 18. (NASA)

Michael Thorpe, a 2008 Haldane graduate, may have the coolest job title of any alumnus in the school’s history: Mars Sample Return Scientist.

Thorpe works at Jacobs Engineering, a major subcontractor to the National Aeronautics and Space Administration (NASA) at the Johnson Space Center in Houston. 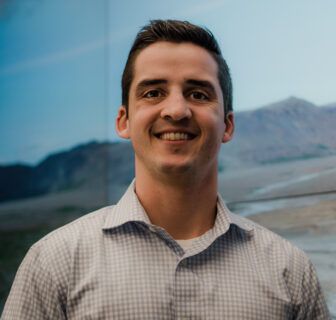 His job is every bit as interesting as his title — he’s preparing to analyze the first samples brought back from the surface of Mars.

The samples will be collected by Perseverance, nicknamed “Percy,” the car-sized, nuclear-powered rover that reached Mars last week after a 1.4-million-mile journey.

On July 30, while Thorpe held his 10-day-old daughter, Eliana, in his arms, he and his wife, Danielle, watched on NASA TV as a rocket sent Perseverance on its 5½-month flight from Cape Canaveral. (“I don’t tell her I love her to the moon and back,” he said of his daughter. “I tell her I love her to Mars and back.”)

Watching the launch was “absolutely nerve-wracking and a bit eerie seeing it go up,” recalled Thorpe, who has a doctorate in geoscience from SUNY Stony Brook. “The engineering behind these missions is incredible; you don’t want to see it explode on the launch pad.”

Seeing the rover land on Mars on Feb. 18 was just as poignant, he said.

“It was surreal,” he said. “It brought tears to my eyes when it touched down safely in the Jazero crater and we saw all instruments were working appropriately.”

Because the Perseverance landing is only the first part of a three-part mission, it will be several years before Thorpe gets to see the Martian rock and soil samples up close.

“Perseverance will collect the samples,” each of which, he said, will be about the length of a ballpoint pen and the thickness of a nickel.

This is the first panorama taken by a pair of cameras aboard NASA’s Perseverance rover. It was stitched together from 142 images taken on Feb. 21. (NASA)

The second mission will retrieve samples from 35 “depots” established on Mars by Perseverance and put them into orbit. The third mission will grab the orbiting samples and return them to Earth.

The rocket launches for each mission must be timed precisely to ensure the spacecraft and Mars are at the same place at the same time. The “launch windows” occur every two years.

As a result, the three missions together will take 10 years.

Thorpe won’t be sitting around waiting. He is currently conducting remote analysis of surface samples collected by Curiosity, which has been on Mars since 2012. The rover is told daily to send data. An instrument Thorpe works with drills into the surface, picks up drill finds and X-rays them. “I look at the X-ray patterns to determine the mineralogy” of the samples, he explained.

To better understand the samples from Mars’ crust (which is mostly basalt) that he will eventually analyze in person, he looks first to planet Earth.

His research has taken him to places that have a lot of basalt and tend to be volcanic, including Iceland, Hawaii, Idaho and Washington state. He also hopes to explore Costa Rica and the Canary Islands. 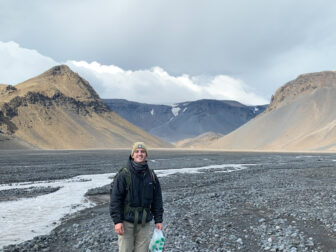 Thorpe visited Iceland to conduct research on basalt soil similar to what might come back from Mars. (Photo provided)

“I do this across the globe to see how climate impacts weathering,” Thorpe said. The information he gathers can increase understanding not only of the Earth’s climate but that of ancient Mars.

“My work has shown climate plays a big role in altering sediments,” he said. It indicates Mars may have been Earth-like in the past and possibly looked like Iceland early in its evolution.

Between his work and having a newborn in the house, Thorpe said there isn’t much time for relaxation.

“I wish I could go hiking at Breakneck, like I used to,” he said. “But we’re lucky to have a group of friends here who also graduated from Haldane. We’re big foodies and enjoy exploring Houston’s cuisine.”