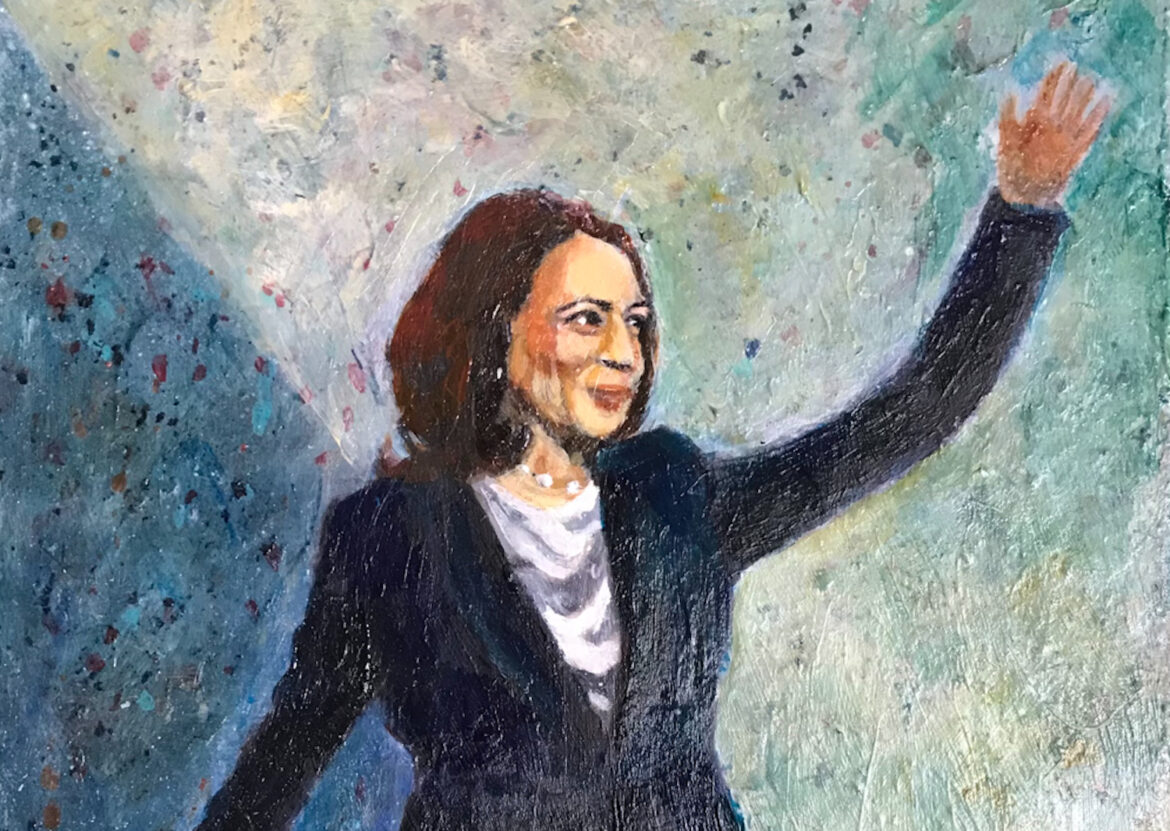 This year feels different. After the election of Kamala Harris as U.S. vice president, the Howland Cultural Center in Beacon dropped her name in its call for its annual women’s history month exhibit.

“Many more women have stepped up in politics and business, and are at last taking their deserved place in the world,” it said. “We would like to acknowledge our new vice president, Kamala Harris, in this exhibit, as well as other women. We are looking for a wide variety of artistic interpretation as it relates to women in our lives.”

The exhibit, I Am Woman, which was open to artists living within a 25-mile radius of Beacon and opens on Saturday (March 6), was curated by Jan Dolan. She also organized last year’s show. “I make a big pronouncement every year, saying it’s going to be my last, but here I am again,” she says. 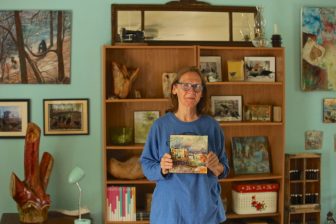 Jan Dolan, whose paintings are on display at The Chocolate Studio in Beacon through April 5, moved to Beacon in 2014 and teaches classes through the Beacon Recreation Department. She grew up in Salford, England, near Manchester.

“I have been painting my whole life; I was very much encouraged as a small child. As a teenager I started taking classes. I was always sketching and painting. Funnily enough, a lot of the buildings in Beacon have similar architecture to Salford’s. When I was a young teenager I started going to clubs in Manchester, where they sometimes played protest music — I listened to Pete Seeger. Pete’s brother-in-law [Ewan MacColl] wrote a song called ‘Dirty Old Town’ that people always assume is about Dublin, but it’s about Salford. Such a weird connection.

“At age 18, I came to Boston to work as a nanny. I wanted to get out of Salford. I was supposed to go to France and somehow a mistake was made and I got sent to Boston. I wound up working as a real-estate broker and often did illustrations of the houses I was selling. Now I paint mostly landscapes and waterfalls, and make collages. As a teacher, I encourage anyone to try making art. No matter what’s going on in your life, you pick up a pencil and paints and it makes you feel good.

“I wound up in Beacon because I was looking to move out of the house I had near Boston and planning to move to the Cape. My daughter had lived in Brooklyn for a long time, and I came to visit and we went apple-picking in Fishkill and ate lunch in Beacon. I looked at the mountain at the end of the street and said, ‘That’s it, this is my town.’ Not long after I looked at one house, and that’s the one I bought. Having worked in real estate, I knew that feeling as soon as I walked in.”

Although Dolan did a painting of Harris for the show, she said she didn’t want the art to focus solely on the vice president “but on women who have achieved things, with a focus on what they’ve accomplished.”

Dolan tries to accept work from everyone who applies. “I’m a teacher, not a judge,” she says. “This year there are around 90 works from 36 artists. I’m pleased that we had submissions from two teenagers. There’s a great variety: sculpture, mixed media, photography, drawings, embroidery.”

Last year’s show took place on the last weekend before the pandemic shutdown. “It was a big hit, a great party, with people spilling into the corridors,” she recalls. “But after that opening, everyone disappeared. We didn’t think we’d be closed for so long, so we left all the art up before finally taking it down in May. So sad.”

But the show has gone on. “We can’t do live programming except art shows like these, where we can control the numbers of people viewing the work,” she says. “It’s important to keep going with these.”

The Howland Cultural Center is located at 477 Main St. in Beacon. I Am Woman will be open on Saturdays and Sundays from 1 to 5 p.m. through March 28, except for two Sundays: March 7 and March 21.