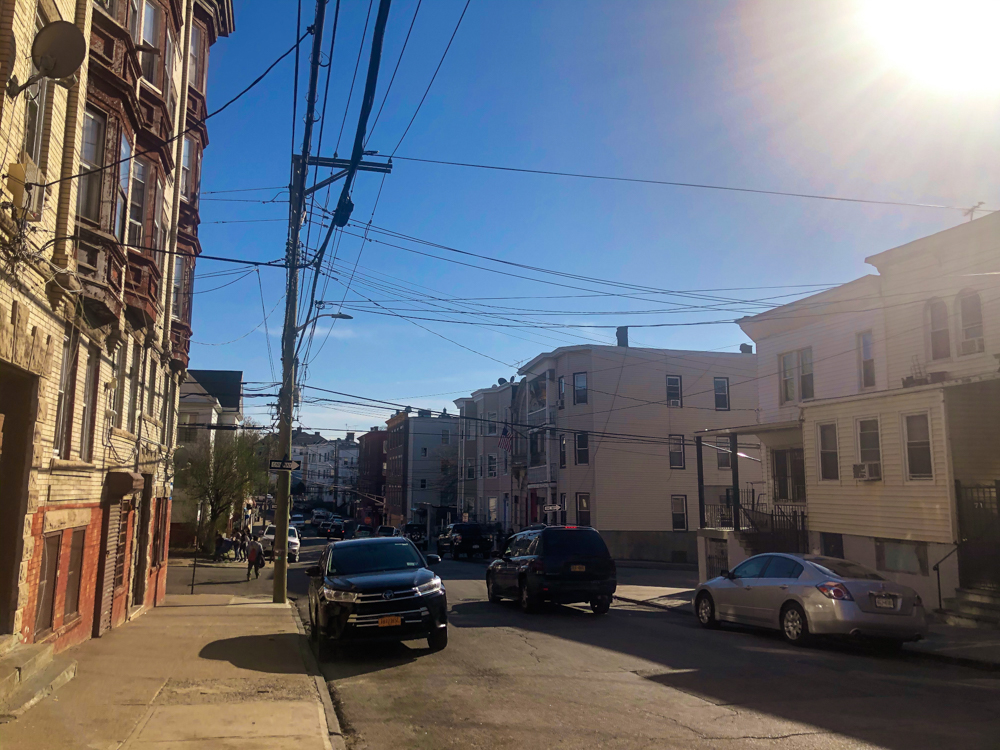 The Old 7th Ward in Yonkers, a redlined neighborhood (Photos by B. Cronin)

The connections between racism and air temperature

The Park Hill neighborhood of Yonkers looks like a typical suburban street: Wide sidewalks with grass on either side, mature trees casting shade on the street and detached houses encircled by lawns.

But it just takes five minutes walking north, as the neighborhood transitions to the Old 7th Ward, to see the sidewalks narrow, the green disappear and the streetscape come to resemble a dense urban center.

The most surprising change isn’t what you see. It’s what you feel. What was a gorgeous early April day in Park Hill feels noticeably warmer, all as a result of what a few government surveyors wrote down nearly 100 years ago.

“When we start asking ourselves why things are like this in certain neighborhoods versus other neighborhoods, we go back to the issue of redlining,” says Oded Holzinger, the rivers and trails program manager for Groundwork Hudson Valley, who is walking with me.

In the 1930s, in order to encourage investment in cities during the Depression, the federal government sent surveyors into mid-sized cities such as Yonkers to determine which neighborhoods were sound investments for bank mortgages, and which ones were “risky.”

Race was one of the factors that determined if a neighborhood was deemed to be green, blue, yellow or red, the “riskiest” category.

Park Hill was blue-lined because of its “plots of fair size” and “excellent landscaping” but fell short of the green zone because of, the surveyor wrote, an “infiltration of better-class Italians in the extreme Northern end.” The Old 7th Ward was redlined because of the “age of buildings and character of occupants.” 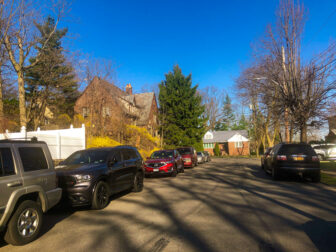 Those living in green and blue neighborhoods were able to obtain mortgages, buy homes and build wealth over succeeding generations. Those in redlined districts had a much harder time. The Federal Reserve Bank of Chicago recently estimated that redlining is responsible for about half of the current gaps between Black and white home ownership. Holzinger notes that more than 95 percent of redlined neighborhoods remain predominantly minority.

Not every city was redlined. (Beacon and Newburgh were not, but Poughkeepsie and Albany were.) But for those that were, Holzinger thinks it’s imperative to use the maps “to fully understand the history and responsibility that the government holds for the way those communities look. You first need people and the community to understand that the discrimination was systematic in order for people to understand the solution has to be systematic as well.”

While the economic effects of redlining have been well documented, the environmental effects haven’t been, which is where Groundwork Hudson Valley comes in. With COVID-19 putting its projects on hold, the nonprofit turned to number-crunching, mapping the hottest neighborhoods (not real-estate hot, but weather hot) and overlaying those heat maps over redlining maps.

“That’s when you can actually see how, over the course of a century, those federally designated policies had a major impact on the daily experience and vulnerability to environmental hazards,” Holzinger says. 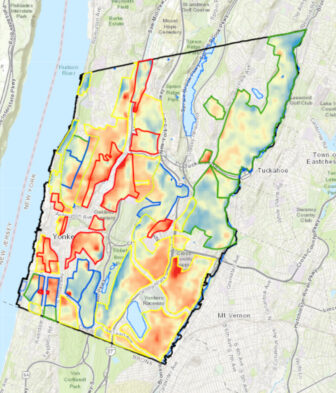 That lack of green is the primary culprit: Grass from lawns and parks absorbs water in heavy rain, preventing sewers and storm drains from flooding.

Redlined neighborhoods have fewer trees, which provide shade that prevents what is known as the Urban Heat Island effect. When neighborhoods that consist primarily of unshaded streets and buildings are hit by direct summer sun, the surfaces absorb this heat, releasing it at night. This robs neighborhoods of the cooling reward of lower nighttime temperatures and breezes. “You step outside in the middle of the night and it feels like an oven,” says Holzinger.

Groundwork is working with hospitals to gather data, but it’s known from many other studies that residents of areas with higher temperatures suffer from higher rates of asthma, diabetes and heat-related hospitalizations. Holzinger says that for many years, heat was left out of disaster training and emergency preparedness because it’s not as eventful as a hurricane or an earthquake. Now, it’s being called “the silent disaster.”

“You have a lot more deaths and hospitalizations from heat than from any other natural cause,” he says. “It’s just that most of those people die alone at home in front of a fan in an apartment or in front of an air conditioner that they can’t afford to turn on.”

Planting more trees is the obvious solution, but Holzinger notes that in many redlined districts there isn’t enough room for them because of the narrow sidewalks and attached buildings. Groundwork is looking at green roofs, roofs painted white to reflect sunlight, parks, gardens, splash pads, community cooling centers and making sure that redlined districts are represented on zoning boards.

The city can also seek concessions from the wave of developers who have come to Yonkers, such as by creating incentives to enhance the tree canopy or invest in green infrastructure to help with stormwater and floods.

2 thoughts on “Out There: The Inequality of Heat Waves”