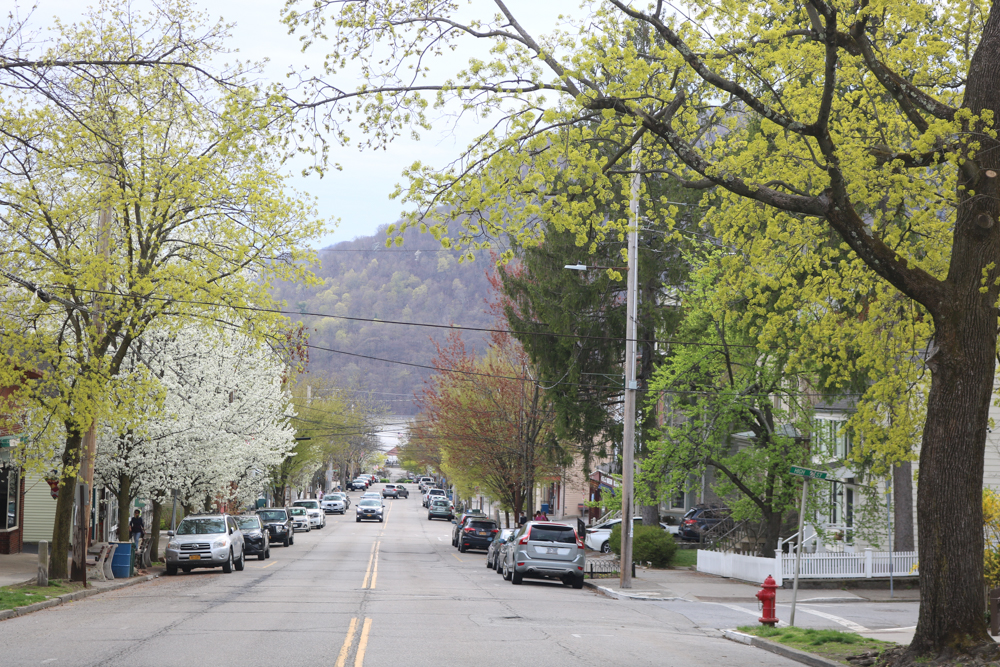 Cold Spring is encouraging visitors to picnic in parks rather than on Main Street. (Photo by M. Turton)

The Cold Spring Village Board at its April 27 meeting adopted the 2021-22 budget.

The general fund, which supports most major village services including the police, trash and recycling pickup, and road and sidewalk maintenance, will total $2,619,872, of which $1,745,300 will be raised through property taxes, a 2.3 percent increase over last year. The board voted not to increase taxes by the maximum allowable 3.85 percent.

The printed budget summary from Mayor Dave Merandy, who also serves as budget officer, states: “Although the total levy is increasing, due to changes in property assessed values, last year’s tax rate of $11.3922 per $1,000 of assessed value is not expected to increase.” Putnam County will provide updated assessed property values by June 1.

In correspondence, three residents living near the riverfront expressed concern that the ongoing “Keep Cold Spring Beautiful” campaign will have a negative impact on quality of life in that part of the village.

The campaign, initiated by the Chamber of Commerce and supported by the Village Board, uses posters, in part to encourage visitors to picnic in village parks as a way of reducing Main Street congestion.

Young Lee, one of the residents, wrote: “I’m resigned to the noisy crowds, but I cannot imagine the area being able to absorb any more visitors and their detritus.”

“I don’t think [the campaign] was an intentional push to get people to the river, [but rather] there are other areas to spread out in the village,” Trustee Kathleen Foley said. The poster lists a number of other parks in addition to those at the riverfront.

Eliza Starbuck, the president of the Cold Spring Chamber of Commerce and co-owner of Flowercup Wines, said she encourages people who visit her shop to eat in village parks. “We’re in a pandemic,” she said. “Having people picnicking in the middle of Main Street is not optimal for health and safety concerns.”

The board discussed the possibility of adding portable bathrooms and additional trash bins as a way of coping with the large riverfront crowds.