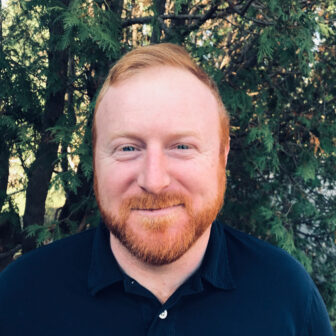 My background is deeply rooted in renewable energy. I began in that industry in 2006 and worked in various capacities in the solar industry — installing up to operations management — and working for Tesla to deploy solar/electric systems: electric vehicle charging stations and home battery solutions. Eventually, I moved down from Vermont to take a position in Peekskill with a geothermal renewable-energy company named Dandelion Energy. I worked with them for about a year until this opportunity became available. My father is co-founder of the company.

How did 50 Cities get started?

The company is a little more than two years old. My father reconvened with a former colleague to pursue a solution for telemedicine for Third World countries that struggle with access to medicine. Essentially, this was a telemedicine system in a briefcase. He needed to make sure that it was an infection-free device and reached out to one of his former colleagues who he had known to be interested in that technology. He [the colleague] was working on a new product, which is one of our current air-handling devices. They teamed up.

How long has ultraviolet light been used to disinfect?

A long time. It’s interesting that it hasn’t been utilized to a greater extent. Some of the studies that we have in our white paper date back to the 1940s and 1950s. The commercialization of it, I think, has taken a long time but it’s been recognized for a number of decades as a disinfection source. We have a dental client, we have a medical client and we’re in a large-volume fast-food organization. We’re just bringing it to market and finding the right partners for financial and sales collaborations.

What distinguishes your system from others?

One, having high-volume airflow. What our unit does is it pushes a lot of air through the device. What it does not compromise is the disinfection performance. So, you would think it’s moving faster through the device, less opportunity for it do its job. Number two, a lot of these devices are affixed to one location in the corner of a room or an office. What our device offers is distributive air footprint coverage so you can route ductwork to where you need it. As of last year, we began selling the first-generation unit and hope that we have a next-generation unit available within a couple of months.

Did the pandemic increase interest in ventilation systems?

We view the pandemic as certainly an accelerant to business, but general indoor air quality initiatives and future pandemics is certainly what we were preparing for. We are focusing on businesses that have been and will continue to be affected by the pandemic. I know, here in Beacon, there’s a few restaurants that I’m aware of that have recirculation technology. Certainly there’s a heightened interest.