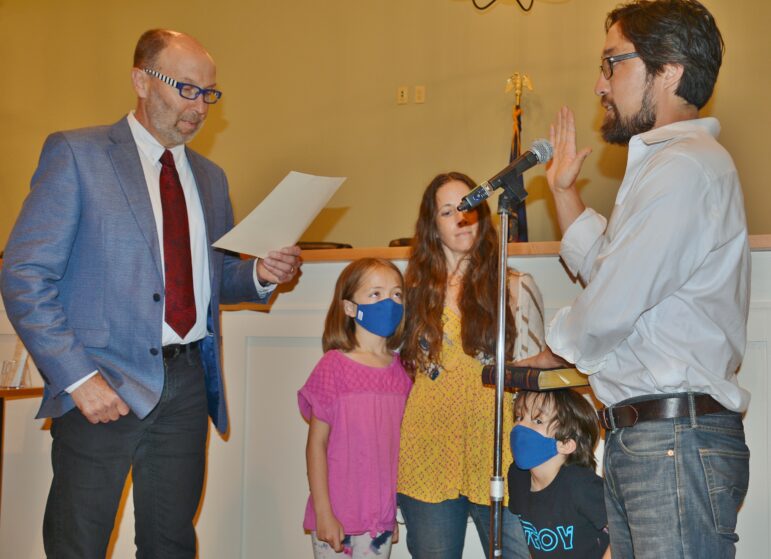 Philipstown Supervisor Richard Shea administered the oath of office on Thursday (July 8) to Jason Angell, whom the Town Board named to fill the vacancy created by the resignation in June of Mike Leonard.

Angell, a candidate in the November election for a full, four-year term on the board, was joined at the ceremony by his wife Jocelyn Apicello, daughter Seneca Angell, and son Evan Angell.

“I’m eager to roll up my sleeves and get to work,” he said after the meeting.