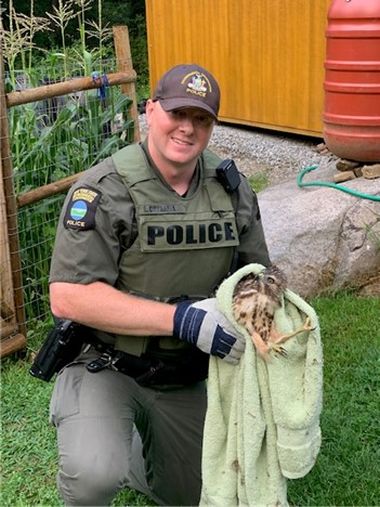 CHICKENS FIGHT BACK ­— On July 26, a state environmental conservation officer rescued a red-shouldered hawk that had become stuck in a coop at a Brewster home and was being attacked by the occupants. (DEC photo) 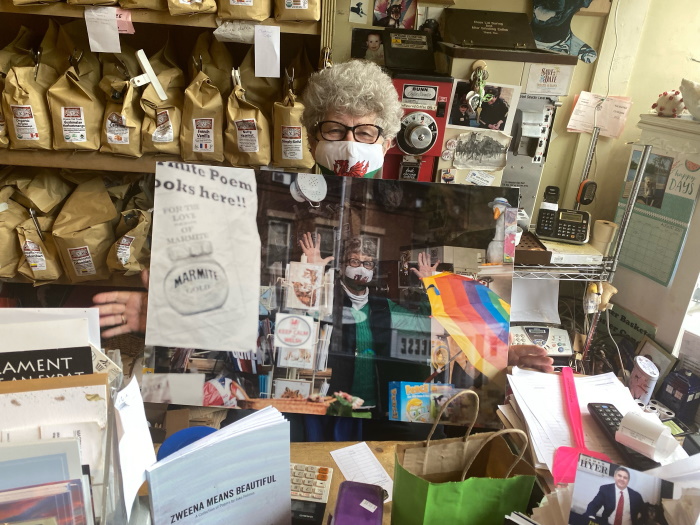 DOUBLE MASKED — Leonora Burton, proprietor of The Country Goose on Main Street in Cold Spring, poses with a photo taken through her store’s front window. The image hung in the window of The Current’s office over the summer during an exhibit of work by Amy Kubik. (Photo by Amy Kubik) 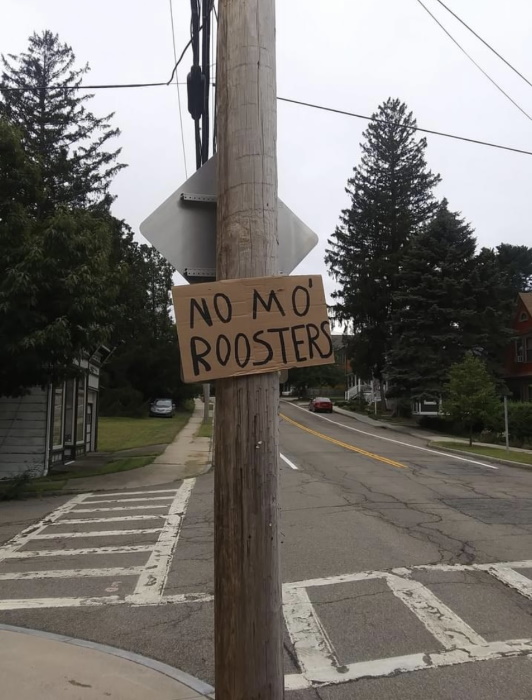 ROUSED BY ROOSTERS — An informal noise complaint was filed on Aug. 18 at the corner of Pearl and Main streets in Nelsonville. For the record, the village code bans “the keeping of any animal or bird which, by causing frequent or long-continued noise, shall disturb the comfort or repose of any person in the vicinity.” (Photo by Jeff Nobile)