In a follow-up to our report in the Oct. 8 issue (Missing Numbers), the state Board of Elections (BOE) confirmed it had received requests from each of the four Cold Spring Village Board candidates running under the Better Together banner — Vinny Tamagna, Cathryn Fadde, Jeff Phillips and Yaslyn Daniels — asserting they would not raise or spend more than $1,000 on their campaigns. There is no filing for Better Together.

Under state election law, in a town or village with a population of less than 10,000, such as Cold Spring or Philipstown, candidates are not required to file campaign finance disclosure reports under that threshold.

The numbers below include all money raised and spent from Jan. 1 to Oct. 22, when the most recent disclosures were due at the state BOE. 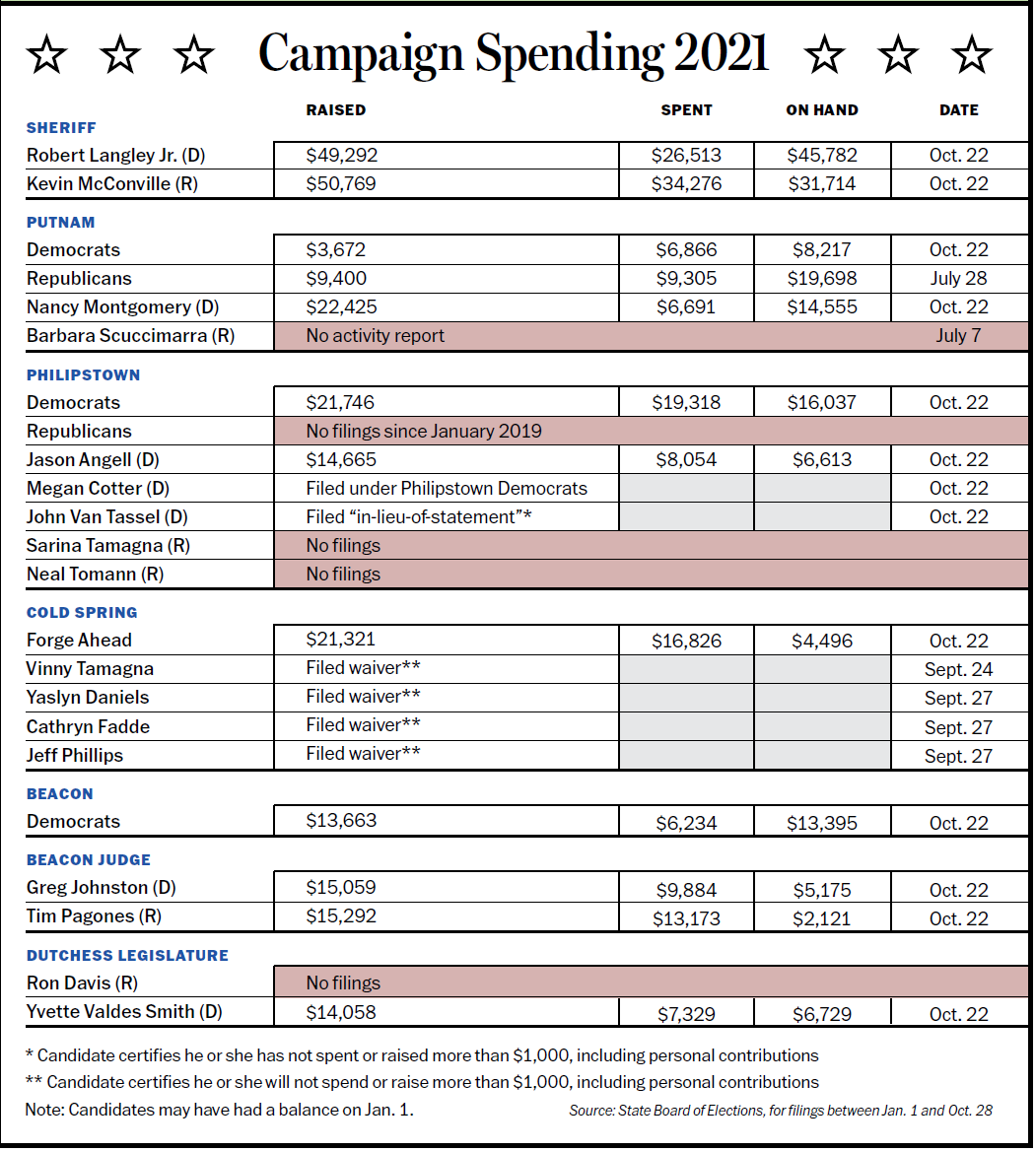 One thought on “Update: Campaign Finance”