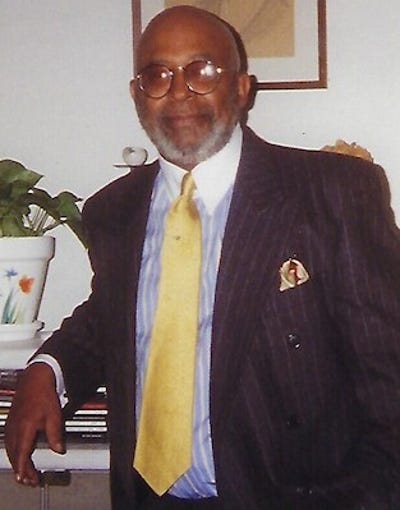 Frank was born on Dec. 12, 1942, in Montclair, New Jersey, the son of David and Agnes (Walker) Bugg. Following his graduation from Beacon High School in 1961, he enlisted in the U.S. Army. He went on to study at Temple University in Philadelphia.

Frank left Philadelphia to work as assistant director of the educational opportunity program at SUNY Morrisville. He later moved to Detroit to work at Focus Hope; where there, he earned bachelor’s and master’s degrees from Wayne State University. Returning to Philadelphia, he took a position with the state Department of Conservation & Natural Resources.

Finding a better opportunity in New Jersey, he became the director of education for Atlantic City YouthBuild. Finally, after being recruited to become director of the Newark Boys’ Choir, he moved to Newark. Upon retiring, he came back to Beacon to be closer to family and friends.

Frank was a passionate advocate in Beacon for increasing the diversity of the teachers in the school system. “I just happened to see some data on there that in 2010 the City of Beacon had 266 instructional staff, and that only five of them were minorities,” he told The Current in 2016. “That riled me then and it still does.”

Frank loved good food, people (especially children), golf and life. He was a master storyteller, who could make any story or experience more interesting and entertaining just by his telling, his family said.

He is survived by his sister, Rhonda (Rhoni) Bugg and a sister-in-law, Theresa Green Bugg.