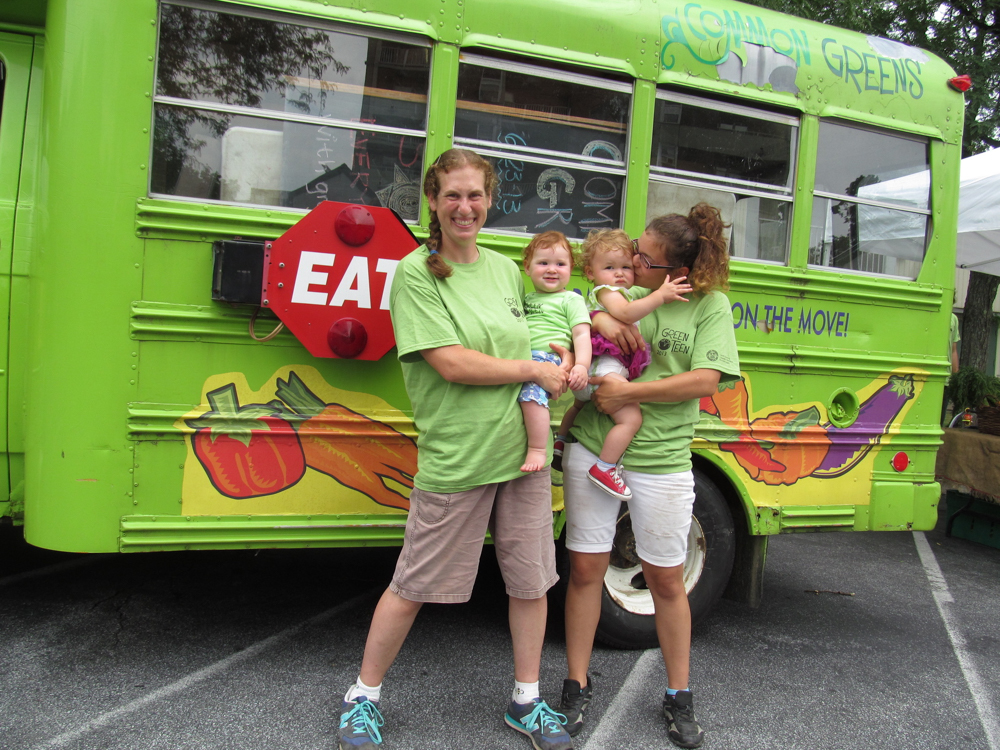 The seeds of Helanna Bratman and Samantha Brittain’s friendship were planted in 2007.

Brittain, then a freshman at Beacon High School, forgot she had applied for Green Teen Beacon, the Cornell Cooperative Extension Dutchess County program that hires teenagers to grow and sell produce to teach farming, entrepreneurship, leadership and other skills.

When Brittain opened her front door to find Bratman, then the Green Teen manager, standing there with paperwork to sign, her friends were inside partying.

“I said, ‘I actually don’t think I’m in the right place in my life for a job,’ and I shut the door,” Brittain recalled.

Two years later, Brittain reopened the door, joining Green Teen as a junior. Thirteen years later, she may be Bratman’s most bountiful harvest.

Now a college graduate and mother, Brittain took over in January as the program’s manager after Bratman stepped down to finish nursing school — a decision inspired by a battle with cancer.

Brittain credits Green Teen with inspiring her to pursue a bachelor’s degree in sociology from SUNY New Paltz. After graduating from Beacon High School, she had worked for seven years as a part-time program assistant and often asked Bratman, “How do I get your job?” Bratman reminded her it would require a college degree.

Brittain was working as the activities director for the Hedgewood Home for Adults in Beacon when Cornell Cooperative began its search in December for a new manager.

“It changed my life forever,” said Brittain of the program. “I always knew I was going to go to college. Education is valued in my family. But I don’t think I would have gotten a bachelor’s degree.”

Bratman is also leaving to work on her own degree. She was working at a crisis center for teenagers in 2004 when Cooperative Extension Dutchess County launched the Green Teen program in Beacon. She built the program, headquartered at the Beacon Recreation Department, from scratch. Its members farm three plots in the city, selling what they harvest from a mobile farmers market in collaboration with Common Ground Farm.

The teens also visit dairy farms and organize photography shows and other activities. Bratman says her work with the program provided strength when she was diagnosed with breast cancer five years ago.

Her treatments, including surgeries and chemotherapy, led her to aspire to become a nurse, she said. She is cancer-free and halfway through the nursing program at SUNY Ulster.

“I loved growing things; I loved working with teenagers,” said Bratman. “But what I loved the most was that it was different all the time and you could make it what you want to do.”