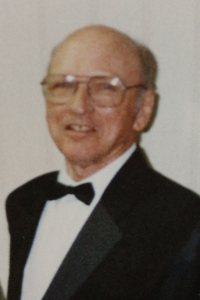 He was born as John Henry Howard Forsythe on July 10, 1920, in Newport, Rhode Island, the son of John and Helen (Jollie) Forsythe. At some point, he changed his name to Howard J. Forsythe, but he was always known as “Howie.”

Howie served as a first sergeant in the U.S. Army 156 Field Artillery Battalion, 44th Infantry Division, landing in Cherbourg, France, and going on to fight in Germany and Austria. He was awarded an American Defense Service Medal, Bronze Star Medal, European African Middle Eastern Service Medal and a Good Conduct Medal. After the war, he returned to Beacon.

Howie was an avid bowler (he competed into his 80s), and as fate would have it, one day he was practicing alone. Helen “Dee” Ward was the captain of a bowling team, and one of the young men on her team had been called to service. Helen invited Howie to join her team. On Nov 27, 1966, Howie and Helen were married.

Howie spent his career with Central Hudson Gas and Electric, retiring in 1980. He became a volunteer fireman early on with the Mase Hook and Ladder Co.

In addition to bowling, Howie loved to play softball and basketball. He was an avid Boston Red Sox fan, although he would settle for the Yankees if the Red Sox weren’t playing.

Through Howie and Helen’s friendship with their neighbors in Garrison — Bion Cram and John McCoy — they would come to Hiram to vacation in Bion’s house along the Saco River. They purchased their home on Hancock Avenue in Hiram in 1979 and moved there upon retirement.

Howie was a supporter of the community and volunteered whenever possible. His memberships included the Veterans of Foreign War (where he was a former commander), American Legion, Hiram Fire Department (former treasurer and fire police) and Hiram Historical Society. He was a longtime volunteer at Bridgton Hospital and the Knights of Columbus, where he was a charter member and Color Corp commander for the Honor Guard at St. Matthews Church.

Thanks to the care and support of friends and neighbors, Howie was able to stay in his home until he was 100. He spent his last year at Maine Veterans’ Home in Scarborough. From the day he arrived, he had found his new home. He loved his new friends and the excellent care and attention he received from everyone at the facility, his family said.

Along with his wife of 52 years, eight of his siblings and two sons, John and Glenn, from his first marriage, died before him. 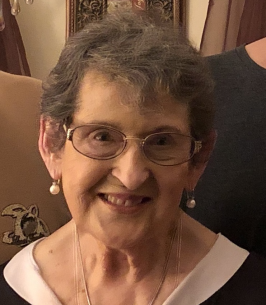 Concetta M. Iverson, 90, a lifelong area resident, and formerly of Beacon, died on April 3 surrounded by family members at her son’s home.

Connie was born on Dec. 29, 1931, in Beacon, the daughter of Eugene and Jamesina (Chicatelli) Marshall. She married Berge “Icey” Iverson, who died in 1984. She then married William Conine, who also died before her.

Connie’s greatest joy in life was being a wife and mother, raising a family and being a part of her children’s families. She enjoyed collecting bells and angels, and all that knew her were affected by the light and love that she radiated into the world, her family said.

She is survived by her children, Gary Iverson, Susan Iverson and Glenn Iverson (Motria); her grandchildren, Harrison Iverson, Nicholas Iverson, Steven Malouf, Dana Iverson and Brianna Leavitt; a great-granddaughter, Charlie; and her brother, Eugene Marshall. Her son, David, and sister, Lena Weed, died before her.

Family and friends will gather on Saturday (April 9) from 9 to 10:30 a.m. at Riverview Funeral Home by Halvey in Beacon. A Mass of Christian Burial will be held at 11 a.m. at St. John the Evangelist Church in Beacon.