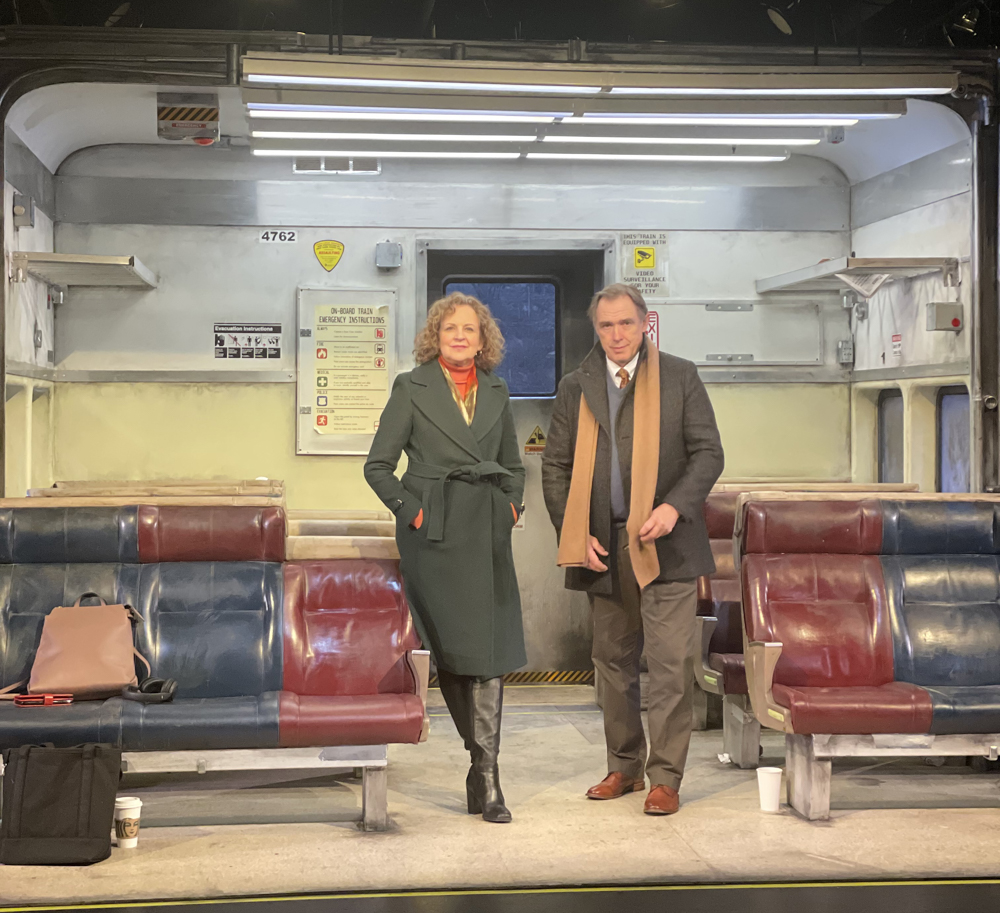 Nance Williamson and Kurt Rhoads, on board for Off Peak (Photo provided)

Kurt and Nance to portray old lovers, rather than new

Before they take on the challenges of playing Romeo and Juliet for the Hudson Valley Shakespeare Festival in July, Kurt Rhoads and Nance Williamson will play the leads in a contemporary story — so new, it’s a world premiere — called Off Peak.

Written by Brenda Withers, who co-wrote the HVSF production of Cyrano with Jason O’Connell in 2019, the play opens today (April 22) at the Whippoorwill Theater at the North Castle Library in Armonk.

“I wrote this play with Kurt and Nance in mind but couldn’t know for sure if they (or we) would be able to do it,” Withers says. “If there’s one thing the pandemic hammered home for theater artists, it’s that plans change.

“I feel so lucky that they had the time and inclination to take this project on. It centers on characters who share a deep, lasting connection, so putting it in the hands of a real-life couple — let alone one as talented as Kurt and Nance — elevated the process.”

She says Off Peak, which is being presented by the Hudson Stage Company, was inspired by “the current conversation around apology — how difficult it seems to make amends in this particular cultural moment. I’m always interested in where the personal and political intersect, and wanted to explore whether forgiveness is easier in one realm or the other.”

The couple, who live in Garrison and have been performing with HVSF for years, will portray former lovers who see each other again after 17 years when they are stuck together in a delayed Metro-North train.

“It gives them space and time to remember, regret and forgive their past,” says Williamson. “I’m so interested to follow Off Peak with Romeo and Juliet, which of course is about young love bursting into being with hardly any time or space to breathe.”

Rhoads is not concerned that he will get the two plays confused. “There are no tights in Off Peak,” he says.

Off Peak continues weekends through May 7. Tickets are $40 ($35 for students and seniors; $10 for students 30 minutes before each performance). See tickettailor.com. Audience members must be fully vaccinated against COVID-19 and wear masks.