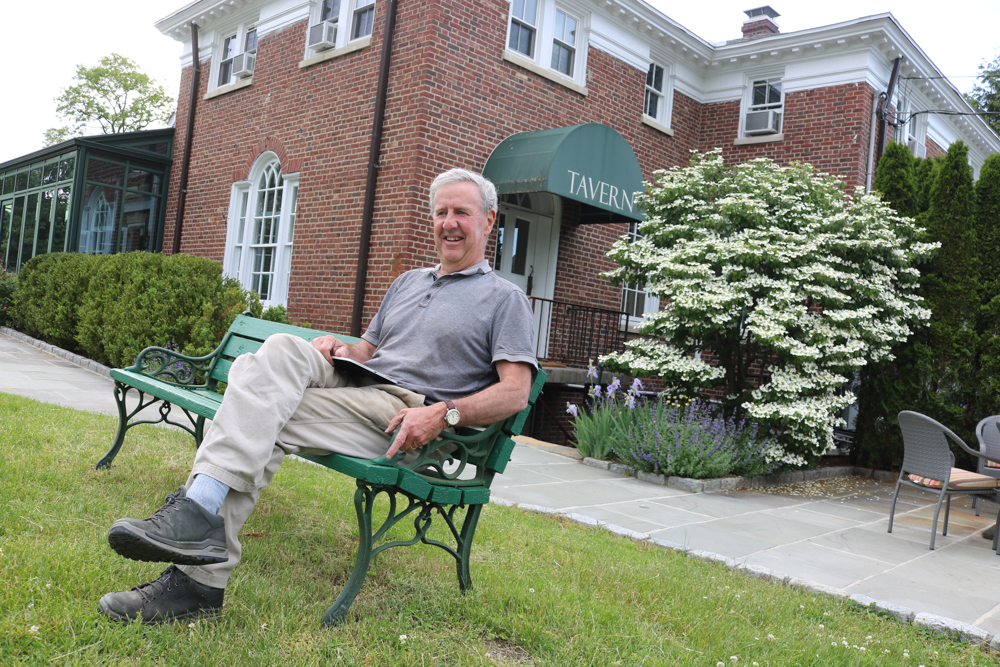 ‘A steady stream of things needing to be fixed’

“If we didn’t do it, there’s a good chance that this would disappear.”

That’s how Jim O’Rourke explains why he and fellow Garrison resident Mike Del Monte took over the operation in April of the 124-year-old Highlands Country Club.

The 42-acre property, located on Route 9D near Route 403, is owned by The Open Space Institute, which leased it to O’Rourke and Del Monte. “OSI is not in the business of running a golf course,” O’Rourke said. “And this is a great club, a one-in-a-million, community asset.”

The club has a nine-hole golf course, tennis courts and a pool. It is the only course operating in Philipstown after The Garrison, an 18-hole facility on Route 9, closed last year. In Beacon, the Southern Dutchess Country Club has 18 holes, as well as a pool.

The Highlands Country Club was founded in 1898 by prominent New York City residents who had homes in the area. They leased Ardenia, the estate of the Thomas Arden family, but in 1899 formed a company to buy the property. OSI bought the land in 1986 to preserve it and has allowed the club to continue operating.

O’Rourke and Del Monte have fond memories of times spent at The Highlands as members, but their business experience has not included dog-legs, sand traps and birdies.

“I’ve spent 42 years working in the paper industry,” O’Rourke said. “For the past 15 years I’ve focused on sustainable alternatives to plastic.” He recently agreed to stay with the company for one more year.

“I’m a software developer,” Del Monte said, “and I just launched a startup in March.”

Both are close to retirement, but family ties to the club were a big part of what motivated them to step in.

“My kids grew up here, playing tennis and golf and just running about,” said O’Rourke, an avid golfer and tennis player. “It was a great family club; we had the time of our lives there.”

“My wife and I, and both our boys, played tennis here; over 11 years we have plenty of history here,” Del Monte said. “That’s what attracted us to the idea of starting up the club again.”

Maintenance had declined under previous management, O’Rourke said, and the club struggled through the pandemic shutdown. After two months of work, “the course has recovered,” O’Rourke said. “If it continues to improve at this rate, by the end of the year we’re going to have a mini–Augusta National here in Garrison.”

He said the nine-hole course, traditionally known for its “small, spectacular greens,” is well suited to seniors and anyone who doesn’t want to devote the time to play 18. 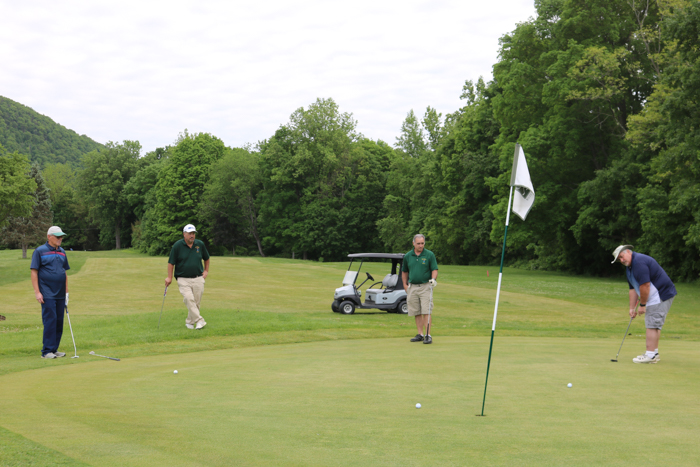 Golf is open to the public on weekdays and weekend afternoons. (Photo by M. Turton)

Younger golfers will benefit from a program being planned that will include coaching from Garrison resident Terrence Driscoll, who O’Rourke describes as a “golfing phenom.”

Tennis will be back, as well, along with pickleball, considered by many to be the fastest-growing sport in the country. Pool operations will be outsourced.

“We want it to develop as a real community club,” O’Rourke said. “The social aspect declined in the last few years.”

The club is semi-private. Members of the public can golf on weekdays and weekend afternoons but members have exclusive access on weekend mornings and holidays.

In the past, there had been various levels of access, such as family pool memberships for about $1,200. Under the new management, there are only full memberships with unrestricted access to golf, tennis and the pool, ranging from $3,100 to $4,500 annually, including a $300 initiation fee.

“We’re trying to engender a sense of community,” O’Rourke said, adding that with nearly 100 new memberships, that process is off to a “healthy start.”

He hopes part of the club’s community feel will come from special events such as Haldane High School’s graduation dinner in June.

Weddings, however, will be dramatically fewer in number. “That was a tough decision because the revenue is significant,” O’Rourke said. “But we don’t think you can have weddings and a positive club experience together.” 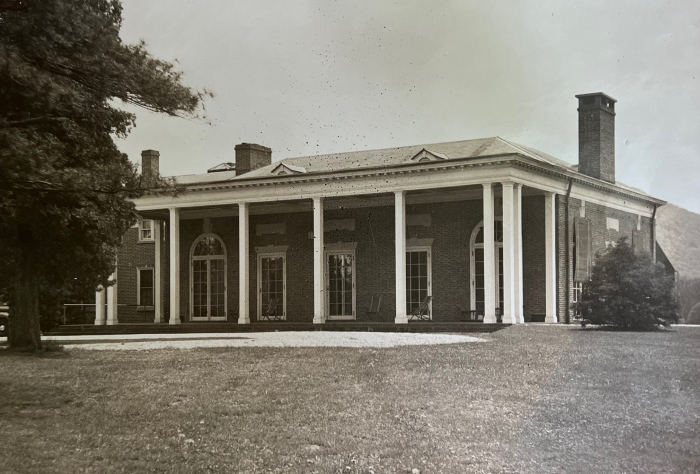 Food is a work in progress. A nearby commercial, or “ghost” kitchen, will bring food to the club. “Frankly, getting a restaurant up and running is going to be a challenge,” O’Rourke said, although The Tavern bar will reopen and a German-style beer garden will be added next to the pro shop.

Del Monte said there’s been no single “big surprise” in the process but that older buildings, older equipment and a previous operator who focused on events has meant a steady stream of things needing to be replaced or fixed. Supply-chain issues have arisen, including trying to replace a “massively expensive” rough mower.

“The best surprise has been the overwhelming positive response from the community,” O’Rourke said. “We’re doing this on a shoestring. Young families are excited about it — I’ve had multiple people mowing lawns, volunteering to rake traps, doing things every day. I’ve almost had to start turning people away. Next year will be easier, but there have been a lot of 12-hour days.”