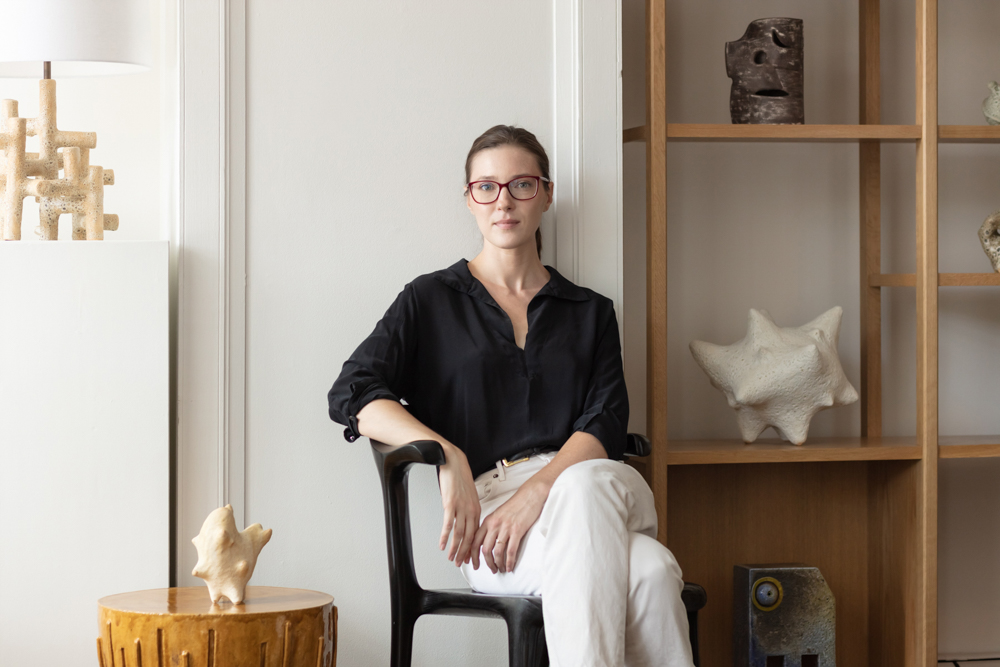 It’s the opposite of “look, don’t touch” at Studio Tashtego, a Cold Spring gallery where the emphasis is on the tactile and where owner Julia Caldwell is eager to have visitors see the sculptural, and often functional, artwork.

Named for a character in Moby Dick (the harpooner from the Wampanoag tribe), Studio Tashtego took shape following Caldwell’s move from Brooklyn to Beacon just before the onset of the pandemic. She had been running the business as a source for people in the design trade.

“I was working out of a storage unit,” she says. “When I moved to Beacon, I continued in that way, promoting it online. At the end of 2020, I was walking in Cold Spring and noticed this space was for rent” — the storefront at 49 Main St. that was formerly Cape Cod Leather (now at 81 Main).

“When I looked at the art landscape around Cold Spring I saw a lot of antique stores — ‘thrill-of-the-hunt’ type places,” she says, “but nothing like this where it’s a gallery model, curated and presented in a certain way.” 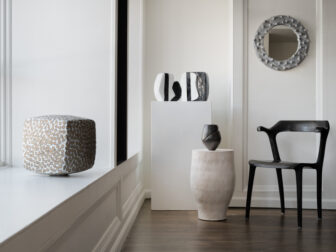 Caldwell opened the gallery in May 2021. The artwork on display includes not only ceramics but light fixtures, textiles, sculpture and glassware. What is common to all is “a lot of focus on compositional balance, asymmetry, imperfection, wabi sabi and a need to be kept simple: creating negative space, not overfilled or overstuffed,” she says.

The current show features new works by William Coggin. “He truly loves to make ceramics, but also likes to hear how non-ceramic artists interpret it,” says Caldwell. The sculptures on display “are different from his typical style, which usually features arm-like extrusions, specifically pseudopodia, which are the appendages cells form in order to feed. His latest works are more formalized and linear, and functional as end tables or similarly usable and visually striking objects.”

Caldwell, 30, grew up in rural Cape Cod and, after graduating from New York University, went to work for a hedge fund, which she hated. She heeded advice that you should look at what you do in your free time and use that as a guide to a career.

“I found myself doing a lot of online browsing of design, interiors, decorative objects,” she recalls. “They had felt frivolous — I was a philosophy major! But I thought I should investigate.”

She went to graduate school for design but dropped out when she found the work too technical. “I was attracted to more traditional decorative arts, marrying functional with the beautiful,” she says. “I wound up working for design galleries in the city and became director of one. I liked curation, working with artists, bringing people into a world of beauty.” 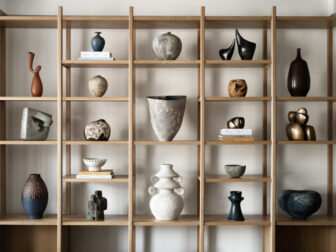 She then became a dealer, working mostly online, but “missed sharing the pieces with people. Running this gallery allows me to bring people in, talk and share, almost as if they are observing art at a museum. Having the work displayed invites people to look at them closely in a way you can’t on a website.”

Caldwell still works primarily with the trade, as well as with collectors. She advises them, she says, “that it’s OK to rotate. I live with a lot of the art pieces, and sometimes I develop a strong attachment, but there’s something great about being able to let go of things. You might love different things at different points in your life.”

After a year in her space on Main Street, Caldwell says many people who come in “say they haven’t seen art and design like this elsewhere, and they’re glad they happened upon us.”