Carole Penner leads a monthly workshop, “Aging Gracefully,” at the Howland Public Library in Beacon. The next session is at 12:30 p.m. on Tuesday (Nov. 29). 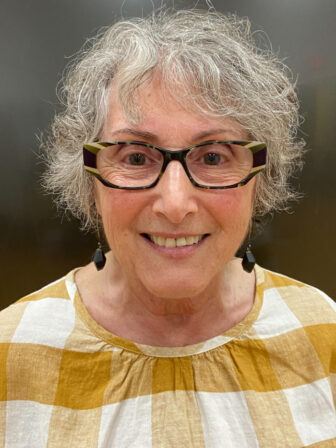 Why do you feel there is a need for this workshop?

When I turned 75 at the end of August, I decided I didn’t want to think about age as a number anymore. I’d been in therapy, and took antidepressants on and off, and tried an herbal tincture, but I still found myself worrying about things which I had no control over, like the future and family. It occurred to me that there were probably a lot of people like me. A lot of my friends are younger; many are in families, and we just don’t talk about that side of aging. I thought about the benefits of having a place where we could all talk about virtually anything, through restorative practice.

What is “restorative practice?”

It is a way of approaching problem-solving that is not from a punitive standpoint. Its base is “repairing the harm.” Say an incident happens at a school — a big fight. Rather than suspend and alienate the participants, restorative practice gathers the people who may have been harmed. These could be students, classmates, teachers or parents. A circle is formed where all the stakeholders meet, and a series of questions, from a card, are asked. The result is, hopefully, some remorse, something this student can do to work on restoring the harm. The same can happen in a community. Restorative practice in this setting is an opportunity to share, speak and be heard, as members of a community. We’re here to support each other as a community, not to solve big problems.

How does Aging Gracefully work?

I pitched the idea to Gabrielle Esposito [head of adult services at the library] by designing a poster. She set it up quickly and six women and one guy showed up to the first session. He told us he was there for his wife, but that he’d come again next time. The age range was 50s to 75 — the 75 was me, which made me the oldest! Gabrielle sat in and reinforced that younger people are welcome, too, that you don’t have to be retired. It’s open to anyone who has concerns about an aging family member.

At the initial session, we broke the ice through answering intro questions. One was “What is a favorite childhood memory?” and the other “If you could pick one age to stay at, what would it be, and why?” It was surprising to me that nobody wanted to be in their 30s again; instead, most answered “around 50, because my kids were grown by then.” Their comments sparked more questions from me.

Were there common concerns?

A common theme of the issues raised was feeling forgetful, and worrying that this was an early sign of dementia. Also, how family members were responding to this. Worries like, “My daughter keeps telling me I’m repeating myself, and didn’t I know?” I made a graphic on cardstock and used sticky notes to mark things they have control over in the center of it, using the outer areas for things they don’t. We reinforced that forgetting things doesn’t mean we have dementia. A lot of people don’t want to burden their kids about all the changes they might be experiencing.

We talked about not having control over how people see them, including physical changes, meaning they are not able to do as much — even things such as balancing to change a lightbulb, or a ladder. A lot had concerns about their adult children’s reaction to them — that their children were too consumed by their own lives.

What’s up next?
Our next topic has to do with our legacy. People are concerned with what they’ll leave behind to be remembered by. In the end, I thanked them all for their honesty; trust takes more than one session. I was pleasantly surprised at how much they opened up about concerns that they don’t necessarily talk about. We also shared information on gyms and exercise classes. It was all friendly, comfortable and joyous. One woman said, “I don’t have people to talk to; this is wonderful.”