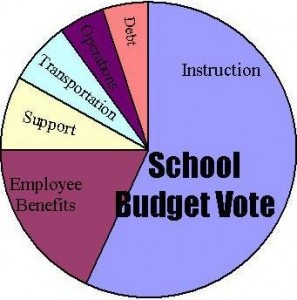 State-wide vote on school district budgets will be held on Tuesday, May 17. Trustee postions on some school boards will also be on the ballot. Polling locations and times may be found on the districts’ websites or by calling the district. The information for area districts are noted below.