Americans revere their fallen heroes, those who never made it home from the battles that ensured the nation’s freedom, right? Aren’t  the ceremonies, flags and tributes on Memorial Day and Veterans’ Day — to say nothing of the parades and speeches on the 4th of July commemorating the country’s birth — ample proof?

Officers and common soldiers alike, Revolutionary War patriots who answered the call and gave their all lie forgotten in unmarked graves along Route 9. 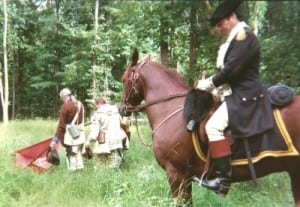 From 1776-1783 the depot served as the hub of the Revolutionary War effort, as the Continental Army occupied large chunks of the present Philipstown, the Town of Fishkill, and other areas of the Hudson Valley. Stretching along the Albany Post Road, now Route 9, from slightly above the current Putnam-Dutchess County line to modern Route 52 in Fishkill, the depot held as many as 6,000 people on a given day. It sported established barracks, officer quarters, metalsmiths and other craft shops, storage buildings, training grounds, an armory, and more, providing the wherewithal to carry on the war.

As a large military city, it also sheltered the wounded from battles as far away as New Jersey— a grueling trek in the age of horseback and wagon travel — as well as those stricken by disease. Too many died in depot hospitals and were interred quickly but respectfully by their comrades in one or more graveyards. Awareness of the main cemetery lingered until the latter 20th century, when widening of Route 9 brought the removal of a stone marker and strip development, including the now largely defunct Dutchess Mall, and the I-84 interchange literally paved over history.

While all Revolutionary War sites up and down the Hudson River are connected, Ashworth said in his lecture at the museum in Cold Spring, “We feel the depot is the most important link in the chain, and we’re desperately trying to save it. Lots of things took place here, absolutely critical to the Revolution.” Gen. George Washington selected the site, protected by the rough terrain of the Hudson Highlands to the south and along two important colonial roads, now Routes 9 and 52, Ashworth explained. Another Revolutionary figure, Gen. Israel Putnam, who lent his name to Putnam County, made the depot a base of operations.

Although the depot is on the National Register of Historic Places, and the Van Wyck house, a Revolutionary command post, still stands in a small historical park, private owners control much of the remaining 72-acres of relatively untouched depot land. A crucial piece is the subject of planned commercial development, putting at risk the main cemetery — although a test archaeological dig in 2007 confirmed the existence of graves and uncovered seven, a fraction of the estimated total. “We think there are more,” Ashworth said. “We just don’t know where they are [exactly]. How is it the burial ground has not been preserved yet?” 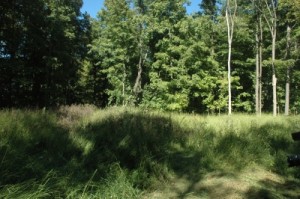 According to the FOFSD website, the cemetery may have held thousands of bodies when the Revolution ended and is the largest known Revolutionary War burial ground anywhere.

​​​Reportedly never farmed for crops but used as a pasture for decades, the extant graveyard has a cover of scrub trees and weedy growth. In its entirety, “we think, the burial ground extended across Route 9 and would be where the McDonald’s is now,” Ashworth said. He noted that long-term Fishkill-area residents claim that work crews turned up bones, allegedly tossed aside, during shopping-center construction. The need for an adequate cemetery in 1776 was obvious; Ashworth cited one contemporary account that described bodies “stacked like wood” along Routes 9 and 52 after the Battle of White Plains in October of that year.

Ashworth said the owner of the key parcel around the cemetery seeks $3.5 million for the land, considered ripe for development. FOFSD hopes to raise $5,000 and as of Aug. 4 had $1,411, according to the organization’s website, fishkillsupplydepot.org. “We haven’t had that much luck, frankly, raising money,” Ashworth acknowledged.

A West Point graduate, he spoke eloquently of his 18th-century brothers-in-arms and the hardships they suffered, even those who survived the Revolution. Constant efforts to maintain stockpiles notwithstanding, supplies ran short during the desperately hard years, and one depot hospital was called the “naked barracks” because it harbored sick soldiers who lacked clothing. “I find it the most compelling story of why to save this,” he said of the sacrifices the soldiers and their families made.

Ashworth also pointed out that a considerable Revolutionary War presence extended south from the core of the supply depot into present-day Putnam County and Philipstown. Examples he mentioned include strategic redoubts off Route 9 and at least one more forgotten cemetery, near the present Route 9-Route 301 intersection, containing 20 military graves.

One thought on “Revolutionary War Dead Lie Forgotten Along Route 9”