I am freaking out a little bit.

I wrote that at the beginning of the summer, before the campers arrived. I’d recently been informed that a 15-year-old camper I’ll call Jim had anaphylactic allergies to many, many foods: eggs, beans and peas, all dairy, certain meats and seeds, all nuts.

In other words, consuming even a small amount of any of them could kill him, or at very least require a jab from an EpiPen and a trip to the emergency room.

His mother had emailed me to explain how to feed him. She’d provide some safe foods – a certain type of bagel, a particular sliced turkey, some pretzels. Meanwhile, I should simply aim to make him lean chicken or fish, rice or egg-free pasta, and steamed vegetables three times a day, even at breakfast. Olive oil, salt, and pepper were the only seasonings required. 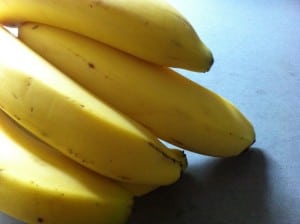 Easy for her to say, I thought. At the time, I could not imagine how we would pull it off. With two cooks on duty most of the time, we had 91 other people to feed, many of whom had dietary needs and habits of their own. An ordinary breakfast of scrambled eggs and bacon already required a dairy-free version, a scrambled-tofu option, and a vegan meat alternative. Plus plain and gluten-free toast (with and without vegan butter alternatives for each). How were we going to find the time and counter space to cook for Jim as well?

For that matter, how were we going to keep the air free of bacon grease?

I lost a lot of sleep in the weeks leading up to his arrival. I worried about keeping him alive, of course, and I wondered how his parents found the courage to send him to sleepaway camp. I also felt profoundly grateful that my own children are allergy-free – if feeding him for seven weeks had me tossing and turning, how must it feel to feed him for 17 years?

Turns out, it’s an increasingly common challenge for American parents – particularly affluent ones. According to a study released this past spring by the Centers for Disease Control, the prevalence of food allergies in kids under 18 has risen sharply, from 3.4 percent in 1997 to 5.1 percent in 2011, with the highest incidence in children whose family incomes are more than 200 percent of the poverty rate. The exact causes are still unknown. 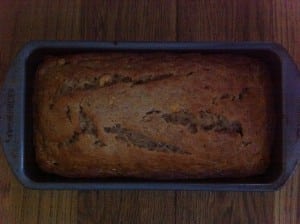 Meanwhile, I took action: I went out and bought a saucepan, skillet, spatula, rubber scraper, spoon, cutting board and peeler just for him. I bought a bottle of Jim-only olive oil, and a container for his salt. I bought a big plastic bin to keep it all in.

One thing you cannot buy is extra brain space, and we regularly forgot to prepare Jim’s meals. Just as the campers were entering the dining room, one of us would call out, “Who’s cooked for Jim?”

He often wound up waiting, plate in hand, always in the most patient and sweet way. We all grew fond of him.

Which may be why, as the summer wore on, we took small risks. We’d calculate the ingredients in a dish (like the coconut curry I wrote about last week) and realize he could eat it. He tried duck breast for the first time, and lamb. He ate roasted vegetables that had been tossed in a mixture of (safe) spices.

The day after camp ended, I got a call from his mother. When she introduced herself over the phone my heart tripped – had he finally succumbed to a build-up of toxic residue on his spatula? Was he in a hospital somewhere?

On the contrary. He’d grown four inches. Four! She was elated, and said that Jim couldn’t stop talking about how well he’d eaten over the summer. She asked for a few recipes, including this one for vegan banana bread, prepared on many a morning by Tonya Orme, one of my (amazing) cooks.

When the call ended, I took a moment to feel grateful. Not just that I hadn’t killed Jim – though that was part of it – but also that he had come to our camp at all. Because he reminded us that taking care of people is, at heart, what cooking is all about, and he gave us all a chance to do this in a humbling way. We earned his trust! What a wonderful gift that is.

Bananas are often used as an egg replacer in vegan recipes – they help bind the other ingredients. So here they do double duty. The riper they are, the sweeter and richer the banana bread will taste.

2/3 cup coconut or sunflower oil, plus more for greasing the pan

One thought on “Mouths to Feed: First, Do No Harm”