Born on April 2, 1951 to Vito Telesco and Bobbye Hall Telesco in Scarsdale, N.Y., Barbara attended Horace Greeley High School in Chappaqua where she played Puck in A Midsummer Night’s Dream and Luisa in The Fantasticks, the only student to win the Best Actress award twice. She lived most of her life in the Hudson River towns of Peekskill, Garrison, Beacon and Cold Spring before moving to Eugene in 2005, to be closer to her daughter and three grandchildren. 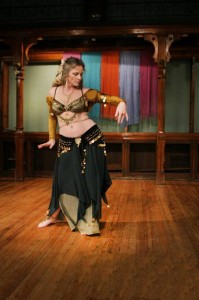 LadyB took up belly dancing at age 48 and went on to teach and perform on both coasts.

Barbara worked in several garden nurseries, including her own Lady Barbara’s Garden Herb Nursery, as head gardener at PepsiCo World Headquarters in Purchase, N.Y., and at Glynwood Center in Cold Spring. She apprenticed with herbalist Susun Weed. Reflecting on 30 years in professional horticulture she said: “Plants have been my constant companions my entire life and caring for them has been my lifelong vocation.”

She described herself as a gardener first, foremost and forever; herbalist/teacher in her own way for more than 40 years; Queen of the Deer Ticks for 15 years until she became The Teasel Deva, curing herself and helping hundreds of others recover from Lyme; a grandmother at 52, and three-time GrannyB. (“Greatest gig in the world!”)

Friends and family remember her as an actress, dancer, mother, grandma, singer, songwriter, teacher, wise woman and word meister: She coined, for example, “Therapeutapuss,” inspired by Godfrey, the rehab center cat, and now in the Urban Dictionary, and “Hackenchopper” (aka EZ Weeder, or Zen Hoe) her favorite garden tool. This photographing, calligraphing, belly-dancing, storytelling, seed scattering champion to the weeds and multi-talented dear friend will be missed by all who had the pleasure to know her.

Ashes were to be scattered on both coasts.