On Saturday, Nov. 2, at 4 p.m., St. Philip’s in the Highlands will host its annual fall fundraiser, including a public tour of the churchyard by the Rev. Frank Geer, focusing on veterans and community members who played a vital role during the Civil War.

While planning the event, one organizer, Preston Pittman, found himself in conversation about the Civil War during weekly happy hour at Antipodean Books on Garrison’s Landing. (The Friday gathering resumes Nov. 22.) Pittman noted that his maternal great-great-grandfather had been wounded at the Battle of Gettysburg on July 3, 1863. Jonathan William Riley, then 43 and fighting with Company A of the North Carolina 47th Infantry, was shot in the leg while jumping over a fence during what became known as Pickett’s Charge. 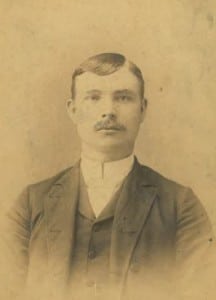 Riley fell to the base of a low stone wall separating the two armies, where he was protected by the bodies of other men who had been wounded or killed and fell on top of him. The Confederates could not breach the wall and suffered more than 50 percent casualties, a defeat that ended the bloody three-day battle. Riley fought for nearly two more years before he was hospitalized in Virginia on April 10, 1865, then released from service. He returned home on April 22 with the bullet still in his leg.

The story sounded familiar to Cathy Lilburne, who owns Antipodean with her husband, David, and also attends St. Philip’s. She, too, has an ancestor who fought at Gettysburg, William Frederick Clark, her maternal great-grandfather. At 19, Clark joined the 16th Regiment of the 2nd Vermont Brigade, which played a key role in repelling Picket’s Charge, including taking hundreds of Floridians prisoner. By early August Clark had returned home (no treatment for the shock of war in those days), where he worked until his death in 1896 at age 53.

Robert Culp, an attorney in Garrison, interjected that his great-grandfather, Peter Culp, was also at Gettysburg, with Pennsylvania’s 53rd Regiment. The 53rd was involved in deadly fighting on July 2 in the “wheat field,” charging to seize strategic ground, retreating when nearly surrounded, but in the end helping to repulse a massive Confederate assault on the Union’s left flank. Culp served through the Confederate surrender at Appomattox and lived to age 93. 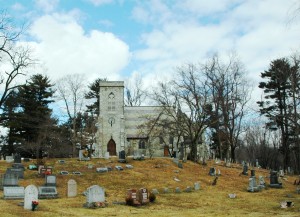 St. Philip’s Church in the Highlands

To be noted on the tour, St. Philip’s churchyard is the burial site of Samuel Nicholl Benjamin (West Point 1861) and his brother-in-law, Abraham Kerns Arnold (West Point 1859), who each won the Congressional Medal of Honor for bravery. The tour will be followed by a visit to the Richard Upjohn-designed church, the edifice of which was constructed during the war.

Participants will gather in the parish hall for a cocktail party with live jazz and a silent auction of art, photographs and donated items. Tickets are $50. Make reservations at 845-424-3571 or [email protected]. Visit stphilipshighlands.org.