Dr. Diana Bowers, currently superintendent of the Hamilton Central School District, will be coming to Haldane as its new superintendent July 1, announced Haldane Board of Education President Gillian Thorpe at the regularly scheduled meeting Tuesday (March 4). This concludes the board’s search since Mark Villanti informed them last fall that he was going to retire from the Haldane superintendent post. 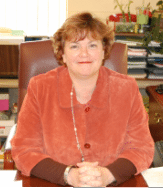 The board made their decision after the final step in the process — a visit and site inspection to Bowers’ school district — made a powerful impression on everyone who attended, including bargaining unit representatives, the PTA president, and two board members. Thorpe said: “Dr. Bowers is a strong educational leader, skilled in budgeting in tough times and keeping vigor in her programming. We are very thrilled and I think Dr. Bowers is going to take everything that Mark did and take it to the next level.”

Thorpe read a statement from Bowers who was not present at the meeting:  “I am excited about leading the Haldane School District through the challenges and opportunities that lie ahead. The transition of leadership may be difficult for some of the members within the district. It is my hope to ease the transition process by developing strong connections and being available and present to all constituent groups. I truly look forward to getting to know the community, the educators and most importantly, the students.” 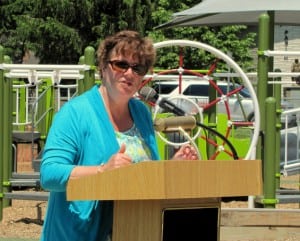 Several board members and Leah Horn, a middle school science teacher and the Haldane Faculty Association representative, who participated in the search and the site visit, praised Bowers. Horn said: “You really get a chance to meet that person, seeing them in their home district. It was awesome and we have a lot to look forward to. I’m truly excited about what she has to bring to Haldane.”

Bowers’ ability to lead and her qualities as a professional educator were noted frequently. The board approved a resolution for a three-year contract beginning on July 1, 2014, and running through June 30, 2017. The search for a new superintendent was a major undertaking for the board and involved many community members and teachers. Board member Evan Schwartz thanked everyone for input on surveys, helping to define the type of leader that Haldane wanted and needed.

One thought on “Haldane Board Names New Superintendent”