On Nov. 11, the U.S. Conference of Catholic Bishops endorsed the cause for canonization of Father Paul Wattson, founder of the Franciscan Friars of the Atonement at Graymoor in Garrison, at their fall meeting in Baltimore. Cardinal Timothy Dolan of New York sought the consultation of the American bishops, the first step in the Catholic Church’s canonization process. 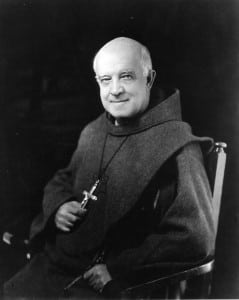 Before their vote, the New York Archdiocese’s Auxiliary Bishop John J. O’Hara described the life and ministries of Father Paul, who was born Lewis T. Wattson, the son of an Episcopal priest, and who was himself ordained in 1886. “Father Wattson saw the need for both a Franciscan spirituality in the Episcopal Church and a way to serve the poor,” said O’Hara. Then, in 1909, the Society of the Atonement became the first religious community to be received corporately into the Catholic Church since the Reformation.

Following O’Hara’s remarks, the bishops conducted the traditional “voice vote,” which had no opposition. The next step on the path to sainthood will be a formal opening of the cause in the Archdiocese of New York, and a postulator will begin collecting Father Paul’s writings, testimonies and other documents for review.

Father Paul is remembered for his work with people who suffer from alcohol and drug addiction as well as his worldwide ministry in ecumenism. He founded what became the “Week of Prayer for Christian Unity” in 1908, which the church still celebrates today. Father Paul’s landmark homeless shelter St. Christopher’s Inn at Graymoor has grown to minister to the marginalized of society, by offering care to those who suffer from homelessness and substance abuse.

For more information about the friars, visit atonementfriars.org.