Alumni share insights on the school and what they’re doing

Four years ago, the members of the Haldane High School Class of 2011 received their diplomas, and according to the school the majority entered college life outside of the close-knit school community that most knew for 12 years. The Paper thought it would be interesting to see what has happened to the 2011 class and what observations class members might have about their experience and the role Haldane played in preparing them for the next steps in their lives.

In the time that has passed, the students have been on a variety of different paths, from earning bachelor’s degrees to jumping into the workforce full-time.

A few elements of Haldane’s curriculum stuck out in the minds of these alumni as particularly helpful or potentially needing improvement. 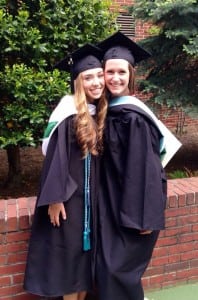 One widely appreciated aspect of the time spent at Haldane was Advanced Placement courses. “Haldane offered a variety of college-level courses for students to earn college-level credits,” said Erin Percacciolo. “I had taken advantage of those courses and that’s how I graduated a year early from Manhattan [College] with my bachelor’s degree.”

Percacciolo, who majored in childhood education and English, suggested that future graduates of Haldane take advantage of the cheaper college courses that the school provides because of their cost-effectiveness. Many in the Class of 2011 were happy to have access to these, as they ultimately resulted in students saving time and money during college.

When it comes to the study of practical skills, especially those involving money management and finances, graduates did feel a bit underprepared. Ed Bohl, who earned his bachelor’s in finance and minored in economics at SUNY Oswego, commented: “This could be said for all schools, not just Haldane … I think high school should teach more about money management and budgeting. Maybe how to fill out a W-4 for kids starting their first summer job.”

Bohl is not alone in claiming that handy real-world information seems to have fallen through the cracks in the current standard high school curriculum. Cory Lyons said, “Learning math, English, science and history is important, but so is learning how to balance a checkbook, how to set up a savings, CD [certificate of deposit], retirement, applying for a job, putting together a résumé.” Lyons chose to enter the workforce after graduating from Haldane, joining his father’s excavation company and continuing his work at the North Highlands Fire Department as first lieutenant.

Kelly Semple, who received her bachelor’s degree in psychology from East Carolina University, found that much of what she learned regarding the financial aspect of attending college was through trial and error. Tasks such as purchasing textbooks or finding jobs once in college were not topics of focus during her time at Haldane. 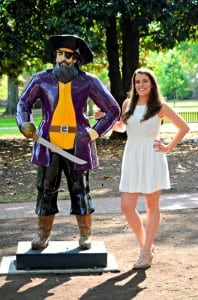 Semple was, however, glad to be able to enroll in the free SAT prep class offered at the school. “This prepared me for the SAT and allowed me to have a competitive score when applying to colleges.” Haldane’s SAT prep course was recognized as a strong component of the school by the Class of 2011.

Another strong suit highlighted by the graduates was the school’s English department. Stephen McCann, who earned his biology degree from Skidmore College, felt that he was made a better writer through his English studies at Haldane. Sarah Hershey, who received her B.A. in communication disorders from SUNY New Paltz, said, “Dr. [Eric] Richter immensely changed my writing, which helped me in the college environment.”

Paul Mackey, who earned his degree in applied economics and management from Cornell University, valued Haldane’s breadth: “Taking classes across every subject and then focusing in on what you want to take as a senior helped me start thinking about my college major at a pretty early point.”

The school’s close-knit environment proved to be another topic of discussion. Students felt it had both positive and negative consequences. Some thought that Haldane had the potential to nurture its pupils to the point that the transition into life away from the small, warm school community could be a challenge.

Chelsea Lisikatos, who is earning her communications degree with minors in journalism and American studies at the University of North Carolina at Charlotte said, “The transition from such a small high school to such a big college was hard for me, in the aspect that the personal relationships you have at Haldane you do not have at a bigger school.”

Others had similar experiences. “One of the greatest and hardest parts of Haldane is that it is K through 12,” said Liz Milner, who earned both her undergraduate degree and master’s in finance at Fordham University. “It is amazing to get to grow and mature with so many people, but you are also very isolated from the outside world.”

Overall, the school seems to have left each student with a unique impression. Zach Landtroop, who received a B.S. in mechanical engineering from Lafayette College, was happy that Haldane encouraged kids to be involved with activities outside of the classroom, such as allowing student members to join the Board of Education, ad hoc.

One thought on “Checking In With Haldane’s Class of 2011”