Chris Marblo was president of Arts Center in Troy

The Garrison Institute this month hired a new executive director, Chris Marblo, who most recently had been president of the Arts Center in Troy, New York, which served some 40,000 people a year with classes, exhibits, and programs in the arts and creativity. During his tenure, the center added new programs, including a series on creative thinking, and boosted class revenue and individual giving. 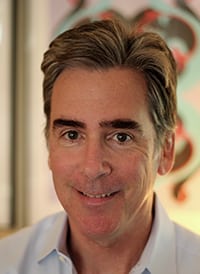 Marblo also had headed The Town School in New York City, where he launched a creative thinking program and innovation lab and led an endowment campaign that raised $9.3 million. His other experience includes serving as head of The Kent School in Maryland and head of the middle schools at the Haverford School in suburban Philadelphia and The Albany Academy in Albany.

“The board unanimously chose Chris as the right leader for our new, transformative decade,” said Board Chair Diana Calthorpe Rose. “He’s a highly regarded executive with calm, insightful leadership skills and an impressive track record leading successful institutions. Those qualities, along with his lifelong interest in creativity, contemplation and spirituality, make him a wonderful fit for us.”

Marblo has a self-designed degree in Literature and Human Thought from the College of St. Rose in Albany and a master’s degree in humanities from New York University. He studied religion as part of both degrees, visiting monasteries in the U.S., France, Japan and China. He describes contemplation and spirituality as “core passions” and has a particular appreciation for the work of Thomas Merton and Richard Rohr. Marblo also composes and releases ambient electronic music, which, he says, “in a real way, is part of my contemplative practice.”