Wine bar and table service to be added

The Garrison Café is about to begin a transition from what is now mainly a take-out operation to a small dine-in restaurant and wine bar. At its meeting on April 21, the Philipstown Planning Board gave final site plan approval to what it deemed minor changes to the cafe operated by Garrison residents Matt and Lydia McMahon and located just south of the Garrison post office on Route 9D.

Lydia McMahon told The Current that she and her husband envision their café becoming an enoteca, a Tuscan-style meeting place where customers can “enjoy a great bottle of wine but don’t have to have a full meal,” she said. “We want the café to become a local hangout.” Details have not been finalized but McMahon said the wine bar will likely be open Thursday through Sunday from about 6 to 10 p.m. 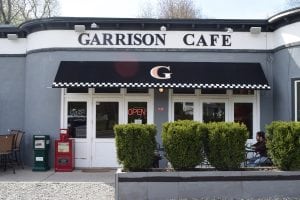 While the exterior of the building will remain the same, the interior will undergo gradual change. The deli cooler will be removed to make way for “The Redoubt” wine bar. The café has had a liquor license for some time but, McMahon said, “We had the wine list but not the setting.”

The changes will also include wait service. To accommodate weekend hikers who often don’t want a sit-down meal, the take-out window will be put to much greater use, she said. The window operation will be expanded soon, McMahon said, while the interior changes will be phased in gradually.

The existing restroom will be upgraded to make it handicap-accessible, a requirement of the recent change in zoning to restaurant status. 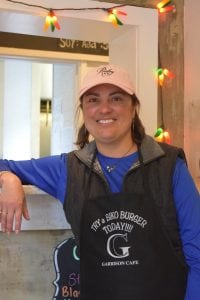 “We’re excited about the changes,” McMahon said. While she hesitated to use the term “tapas,” small plates will be available. Some existing menu items such as the gourmet Biko burger will still be offered, but as “sliders.” And, she said, items more in keeping with the wine bar will be added, including a cheese and meat plate and oysters.

At a public hearing in 2015, some Garrison residents objected to a more extensive expansion of the café, citing concerns about possible increased traffic, parking problems and what they deemed an overall negative impact on a neighborhood they described as “peaceful and pin-drop quiet after dusk.” Largely as a result of those objections, the proposal was withdrawn. McMahon said that she knew of no objections raised by neighbors regarding the scaled-down changes.