St. Philip’s Nursery School in Garrison celebrated its 55th commencement on a sunny morning on June 14. Eleven four-year-old “Ducks” are headed to kindergarten and 19 two- and three-year-olds will move up in September to the next age group. 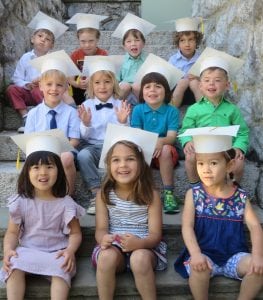 St. Philip’s Nursery School, a program of St. Philip’s Church since 1960, presents a morning pre-school program for two-, three- and four-year-olds. In addition to a play-based curriculum, the nursery offers music and movement, science and Spanish.