Commissioners argue increase makes up for past Philipstown cuts

The five commissioners of the Garrison Fire District have put together its first budget, which totals $777,907, a 27 percent increase over last year.

The commission began its work Jan. 2 when it took over oversight of the Garrison Volunteer Fire Company from the Town of Philipstown, which had set a $610,552 budget for 2016, a 1 percent increase from the year before. (The fire company presented a “wish-list” budget at a public hearing in August 2015 that totaled $821,204.)

On Oct. 18, about 20 people, many of them associated with the fire company, attended a public hearing to discuss the proposed 2017 budget. The commissioners could have approved the budget at the conclusion of the hearing but deferred in part because chair Sandra Bohl was not present. New York State law allows newly created fire districts to adopt their initial budget without voter approval. The initial budget also is not subject to the 2 percent state tax cap on spending placed on municipalities. 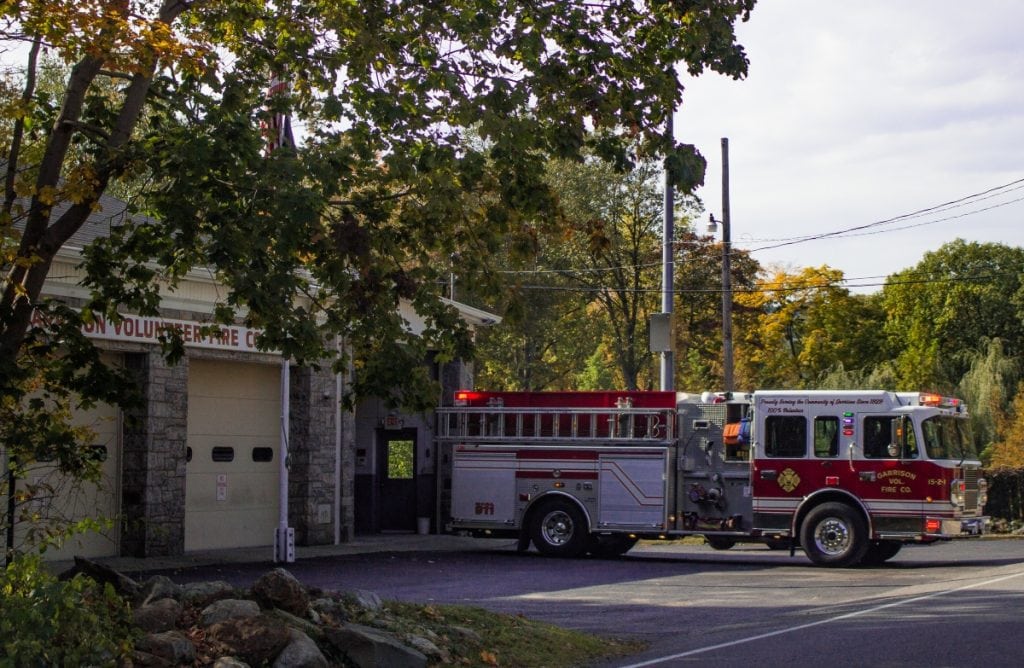 Garrison firefighters roll out of the Upper Station Road garage to answer a call on Oct. 16. (Photo by Anita Peltonen)

Residents of the fire district will go to the polls Dec. 13 to vote on whether to set aside $40,000 in reserve funds. They also will be asked to elect five commissioners from a slate of candidates that may include some of the current, appointed commissioners. Candidates have until 4 p.m. Nov. 23 to submit petitions to secretary Maura Fronio with the signatures of 25 fire district residents.

In an email to The Current on Oct. 19, Bohl defended the increased spending. “After five years of insufficient funding [by the Town of Philipstown], we found it necessary to increase the budget to take care of infrastructure and equipment that has been neglected,” she wrote.

Shawn Sullivan was the lone resident at the hearing to voice concern over the increase. “I’m not sure anyone in this room got a 27 percent increase in their salaries or their budgets this year,” she told the commissioners. “I would like the board to perhaps re-examine some of the items on the list. I’m all for the fire department … but I also think they should be fiscally responsible to the taxpayers of Garrison.”

Six other residents spoke in support of the budget, including Lee Erickson, a captain with the fire company. “The department was deprived of a lot of things when the budget went down into the $500,000s,” he said. “Bringing it up to $777,000 puts [us] where we would have been had we gone up 2 percent a year back then. Reserve funds were completely cut from us in 2011 leaving us short on things we [needed to] replace or repair. Had the public come out to meetings they would have heard explanations for why the budget went up.”

Steve Rosario, a former town board member, said the fire company was forced to absorb many cuts when Philipstown controlled the budget. “Yes, 27 percent sounds like a huge number but again it gets us back to where we should be today,” he said. “Going forward it will level off … I don’t think we’ll see this kind of tax increase again.”

Grace Wilkie said she supported the budget but suggested it should include explanations of large spending increases such as for equipment purchases. The budget distributed at the hearing and the version posted on the GVFC website contain no descriptive text.

Joe Regele, a longtime critic of GVFC spending, did not attend the hearing. But in an email to The Current, he agreed with Wilkie’s assessment. “There are no specifics in the budget, nor are there any facts about what was spent in 2016 — so who knows what is out of line?” he wrote.

Regele added that bringing the district back to where it was several years ago “is silly and ego-driven,” adding that the majority of reductions in the past came out of reserve funds. “The smaller reserves did not stop the purchase of new equipment — it just changed the method of truck financing.” 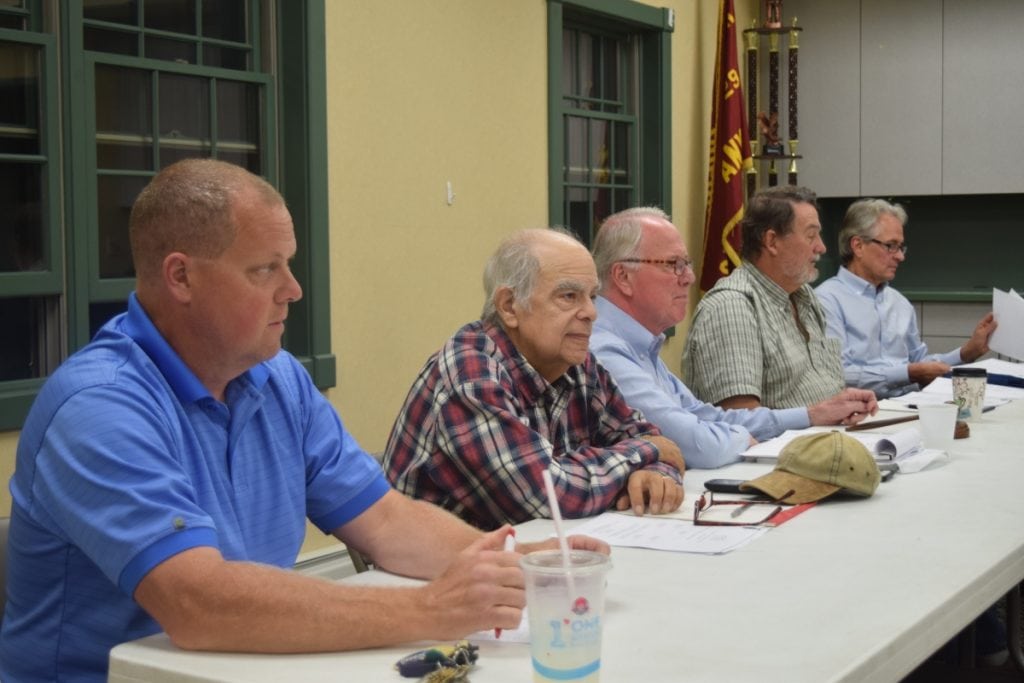 When the fire district commissioners voted on Sept. 26 to put forward the proposed $777,907 budget, Prentice cast the sole “no” vote. In an email to The Current Oct. 19, he said he voted against the proposal “because I feel that presenting the Garrison taxpayers with a 27 percent increase … is not in the best long-term interests of the District and the Company.”

Prentice said that although a significant increase was called for, he believes the budget, “can be brought in [with] a meaningfully lower number and with greater transparency to the taxpayers.” He added: “Cultivating a mutually beneficial relationship with the taxpayers begins … with a budget discussion that is respectful of their ability to pay and helpful to them in thoroughly understanding how the budget was constructed.”

The Town of Philipstown collects the taxes levied by local fire districts. The 2017 budget posted on the town website indicates that the tentative rate for fire protection for the Garrison Fire District will increase next year from $1.60 per $1,000 of assessed property value to $2.03. By way of comparison, the rate for residents of the North Highlands Fire District next year will be $2.53 per $1,000. The final rates will be determined by Putnam County once all budgets are adopted.