A former “city girl” from Mexico shows off her culinary skill

Soon after Juanita Rincon got married in 1976, her mother-in-law took her aside. “That is not a meal,” she said. “I need to teach you how to cook.”

Rincon had grown up in Mexico City with a grandmother who did all the cooking. “I knew how to do the other chores but not cooking,” recalls Rincon, who says she was a “city girl” while her in-laws lived on a farm. 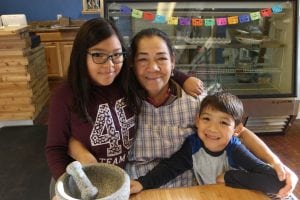 Juanita Rincon, surrounded by her grandchildren, Bella and Kiyoshi Tomizawa. (Photo by A. Rooney)

She remembers her first cooking lesson well: her mother-in-law showed her how to cook rice seasoned with garlic, onion and tomatoes. “Molé and tamales were her specialties but everything was delicious,” Rincon says.

Much of what Rincon learned, she learned by doing, and decades later she is sharing her own culinary skills at Juanita’s Kitchen, which opened in November in what was formerly the Nelsonville Deli (and, before that, Pali’s) on Main Street in Nelsonville.

Juanita’s Kitchen focuses on take-out orders for appetizers, main dishes, soups, sides and (soon) desserts, but there are several tables for dining. The menu changes weekly. 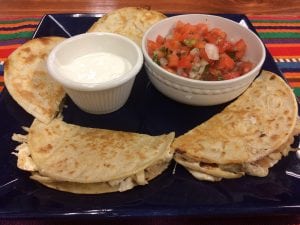 Before Rincon and her family, which grew to include five children, came to the U.S. from Mexico decades ago, she cooked not only for them but for friends who seemed to stop by ever more frequently for weekend visits. Cooking became “sort of a therapy,” she says. “I went to college after having kids, and had to study at night or very early in the morning. I chopped while I studied. I made sure my children always got my baby food — I never bought prepared foods for them. I even made the juices using carrots and oranges.”

She spent the first 25 years in the U.S. working as a babysitter for a family on Long Island. Soon after the job ended, one of her daughters, Julisa Rincon-Tomizawa, a special-education consultant who lives in Cold Spring, asked her mother if she could help care for her young children. Rincon began dividing her time between her home in Queens and the Highlands. Meanwhile, Julisa was talking up her mother’s culinary talents.

“She told them ‘My mom will cook for you’ and that’s what started all this,” Rincon recalls. 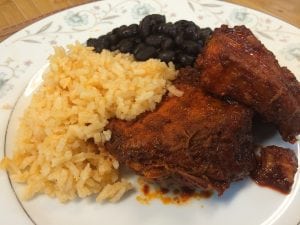 After being certified by the health department to serve food, Rincon launched an online business, offering a few meals each week on a schedule. Soon she had clients in Philipstown, Connecticut and Westchester County. She also began preparing twice-weekly lunches for the Manitou School in Cold Spring and catered parties, which will continue.

Rincon uses meats from Marbled Meats and Glynwood Farm. Recent menu items included appetizers such as molletes, which is baked bread topped with creamy panela cheese, refried beans and salsa or pico de gallo with a ground pork chorizo option. The soup of the day has ranged from posole (hominy corn in chicken) to Veracruz-style lentil. 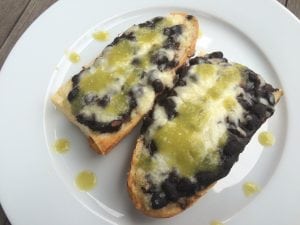 A tofu option is available for vegans; though people don’t typically associate Mexican food with vegetables, she says, “we use a lot of string beans, cauliflower, broccoli, even cactus.”

Future options will include less familiar dishes such as tlacoyos, which is made from ground beans mashed with fresh masa and baked or grilled in a tortilla. “It’s healthy and hearty, a real farmers’ meal,” she says. 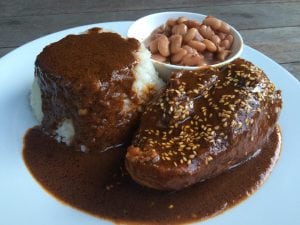 Appetizers range from $4 to $6.50, the soups are $5 and most entreés cost $12.50. Extra sides of beans, rice, tortillas, salsas and fresh cactus salad are available. Desserts will be introduced soon, including rice pudding, corn pudding, and churros filled with Mexican chocolate. The holiday season will also bring ponche, or punch, filled with fruits like guava and hibiscus nectar.

Juanita’s Kitchen is located at 289 Main St. in Nelsonville and can be reached by calling 845-666-7171. It is open weekdays from 11 a.m. until 8 p.m. Take-out can be ordered early in the day for pick-up after 2 p.m. Visit juanitaskitchenny.com for menus and to order online. Rincon also offers catering.