Accused of trying to break into Shrub Oak home

A Garrison man was arrested Feb. 3 by police officers in Yorktown on suspicion of the attempted burglary of a Shrub Oak home.

The incident, in which police say Paul Rivera, 28, encountered the homeowner while trying to pry open a lower rear door, caused three Lakeland school buildings to go into lockdown after the suspect fled and the homeowner called police. 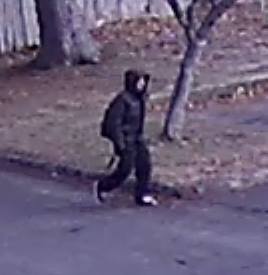 A surveillance image of the suspect released by the Yorktown Police Department.

Rivera, who was arrested at a residence in Shrub Oak, was charged with attempting to break into a home on Pine Court on Feb. 2 between 9 and 9:30 a.m.

According to police, Rivera attempted to enter the home through a rear sliding door, then used a shovel to pry at a lower rear door, triggering an alarm. When confronted by the homeowner, the suspect fled.

Rivera is also accused of attempting to break into another home in Shrub Oak and the theft of property from a parked car. He was charged with two felony counts of attempted burglary and a felony count of grand larceny.