On the first Sunday in August 1987, the Rev. Frank Geer gave his debut sermon at St. Philip’s-in-the-Highlands, an Episcopal church in Garrison that was founded in the 1770s. Geer had just moved with his wife Sarah and their two children into its stone rectory.

Geer, taking note of that day 30 years ago, and noting he will turn 70 this year, on Feb. 5 announced his retirement. He plans to leave in the spring of 2018, after Easter. In the meantime he will assist in finding his successor and help plan the future of the church, which has about 350 congregants. 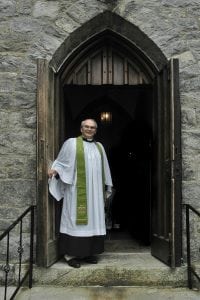 The method of matching rector to congregation is much like matching employees to companies, Geer explains. “I made an appointment to see the Bishop of New York, and I told him I felt I was ready to be rector of my own church. He had known me for some time — he had given the permission for me to enter the priesthood — and agreed with me.”

At that time Geer was in his fourth year as an assistant pastor at a church with 3,000 congregants. He had earlier completed four years of postgraduate seminary study, four years as a Protestant chaplain at a Roman Catholic hospital and four years at a hospital that specialized in heart transplants. Geer said he was beginning to think that he would never spend more than four years in the same job.

The bishop drew up a list of a dozen parishes in need of a rector. “When he got to St. Philip’s, Garrison, I stopped him and said, ‘That’s a nice church,’ ” Geer recalls.

Geer had visited Garrison as a child, coming from his New York City home with a friend whose grandparents lived there, and he remembered it fondly. After sending his resumé to St. Philip’s, the vestry sent a team to watch him preach, then invited him to give a sermon at the church. 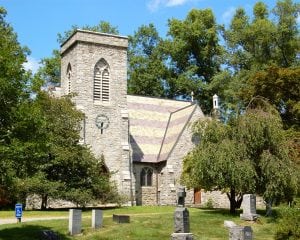 Geer says he and Sarah were looking for a place where they and the children would fit in and felt they found it with St. Philip’s. His daughter Phoebe and son Sam, who were going into the third and first grades, respectively, attended the Garrison School across the street, and Sarah became involved in arts and civics groups. For a time she directed the Garrison Art Center, served on the board of the Hudson Valley Shakespeare Festival and was chairperson of the steering committee for the Route 9D Corridor Management Plan. (She also joined the choir.)

Geer’s background meshed well with the church’s longstanding focus on community service. Its ongoing programs include food preparation and provision in Peekskill and Beacon, tutoring help in Newburgh and a homegrown weekly Life Support Group. It also sponsors volunteers who assist in reconstruction projects in New Orleans.

Another hallmark of the church is its illustrious choir, which was in place when Geer arrived to succeed the Rev. William Reisman, who retired after 27 years as pastor. For the past 20 years the choir has been directed by Durward Entrekin, a professor of music at Mount St. Mary College. “We’ve worked well together, as have JoAnne and I,” Geer says, referring to JoAnne Chadwick, who runs the nursery school. 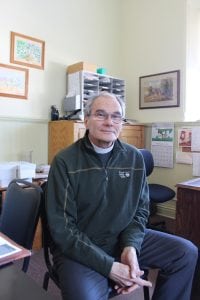 The Rev. Frank Geer in his office at St. Philip’s (Photo by A. Rooney)

Getting families with younger children involved in the church is a key to its growth, Geer says. The nursery school helps with that and also “adds joy to the building,” he notes. As for youth groups for teenagers, “you go through cycles,” he says. “The secret is having people in the congregation who will take it on. It’s not as attention-getting as our activities in Beacon or Newburgh, but it’s important, especially as high school students struggle in this age of opioids.”

Geer notes that as a pastor gets older, so does his congregation. His successor, he says, will likely bring a youthful energy, which will a positive for the church. Geer says the greatest challenge for any minister these days is managing the finances.

“Back in the day, most churches had endowments which generated $50,000 to $60,000 in interest every year,” he says. “That money could be used to pay the bills, keep up with repairs. Since the 2008 economic collapse the interest rates have been so low you don’t get that $50,000 and the congregation has to provide it, or you eat away at your endowment — and that can’t happen. It’s something we have tried to tackle.”

Once Geer retires, he and Sarah plan to leave Philipstown — but because Phoebe Geer, now married and with children of her own, recently moved back to Garrison, they will be frequent visitors. 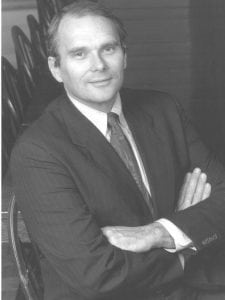 Frank Geer soon after he arrived at St. Philip’s (Photo by Liana Minercio)

“I got advice early on, and that is when you retire, you’ll want to get out of town, because it’s not fair to the person who replaces you if you don’t,” the Rev. Geer says. “And then there’s the housing. As the rector, your housing is provided, and when you leave, you have to move out. They tell you when you’re starting out that if you can you should try to buy a house, as it will give you equity and a place to go. So we did and rented it out, first for 10 years and then 20, and that’s where we’re headed. Good advice.”

Although he’s an avid fisherman, Geer says that what he most looks forward to in retirement is painting. He was hooked after taking watercolor lessons from Garrison painter Don Nice, who is a member of the congregation. “I dream of sitting around on a beautiful afternoon and painting,” Geer says. “I gave my granddaughter a [paint] set, too.”

Geer says that he believes that while the congregation knew his retirement was coming, setting a date made for an emotional service on Feb. 5. “This is more than just a job,” he says. “You’re a part of people’s lives.”

3 thoughts on “Rev. Geer to Retire from St. Philip’s”