This could be the start of something big

In early 1988, as I toiled in the eighth grade in faraway North Carolina, my grandfather, a retired gas station mechanic from Baltimore, traveled to Florida to watch his beloved Orioles in spring training.

The 1980s were funny for the Orioles. After running neck and neck with the Yankees and Red Sox throughout the ’70s, the O’s entered the MTV decade in much the same fashion, narrowly missing the World Series in 1982 before capturing the crown — the club’s third overall — a year later.

By 1988, however, the team that my 69-year-old grandfather followed south bore little resemblance to the powerhouse Baltimore squads of just a few years earlier. My all-time favorite player, first baseman Eddie Murray, and shortstop Cal Ripken Jr. remained as the core of the team, but the supporting cast — solid but unspectacular role players like Rich Dauer, John Lowenstein and Rick Dempsey — had been replaced or moved on.

It was those hard-nosed guys, as well as manager Earl Weaver, who embodied the “Oriole Way” and made the late 1970s and early ’80s a magical time in gritty, urban Baltimore. We would field a couple of decent teams by the mid-1990s, but soon after the club began a streak of 14 consecutive losing seasons that fans endured until 2010, when Buck Showalter took over as manager.

This week, like my grandfather 29 years ago, I will make the journey to the Sunshine State, where this time of year hope springs eternal. 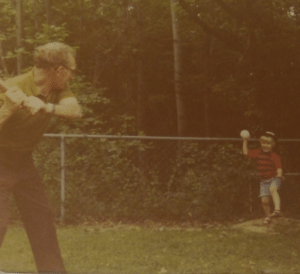 A young Jeff Simms pitches to his grandfather, circa 1980.

The trip can’t come soon enough, as I’m eager to escape the Northeast and feel the sun’s healing rays again. Even with milder than normal weather this year and last, I’m still aching for something to jolt me from my annual wintertime blues.

But this particular trip isn’t all about baseball. Far from it. This month my wife celebrates her five-year cancer-free anniversary and that, beyond anything else, is the real reason we’re spending a few bucks we don’t have on a vacation.

While my wife’s health today is good, the experience of the last five years has been, for me, a sobering reminder that life is both precious and fragile. I remind myself often, but probably not often enough, to live each day as fully as I can. Anything else would be a disservice.

As for the Orioles, they’ve played well under Showalter but still haven’t been back to the World Series since 1983. But  for me, a slightly displaced fan who loves the Northeast but fondly remembers summers in Baltimore spent with my grandfather, what holds true in baseball does in life as well. 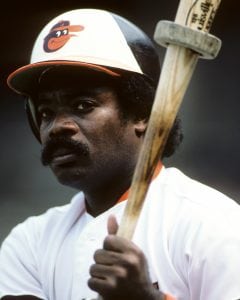 The season is long, so it’s wise to keep perspective. A losing streak in May will likely be forgotten by August. Errors, too, will happen, even in bunches, but the game is forgiving. Even the best fielders — the Cal Ripkens and Derek Jeters — boot a ground ball every once in a while.

As we board a plane on Feb. 23, one day shy of the five-year anniversary, hope does spring eternal for me. Most prognosticators give the Orioles little chance for success this season. Our pitching is weak — especially now with our top starter out with an injury — and our offense too one-dimensional.

Yet I can’t shake the feeling that somehow life and baseball are linked. The rollercoaster ride of the 162-game season is so lifelike that, as fans, we invest of ourselves in a contest played by athletes we’ll never really know. We bring these teams and players into our hearts, and follow them religiously for years, maybe even a lifetime, enduring their highs and lows as if they were our own.

In that same way, there will always be a part of me that feels like the Orioles somehow truly understand me, just as they understood my grandfather many years earlier.

This year is hugely important for my family and me. Call it a hunch, but maybe this could be a special year for the Orioles, too.