Michael Turton interviewed each of the two candidates who will appear on the ballot on March 21 for mayor of Cold Spring: incumbent Dave Merandy and challenger Alison Anthoine. Their responses have been paraphrased and edited for space. Click here for their candidate statements.

What motivated you to run for mayor?

The fact that Dave [Merandy] was running unopposed. I don’t think that’s healthy. And while Dave and [Trustee] Marie [Early] may be fiscally counting pennies well, as a team they are making tactical and strategic decisions that are not good for the village. 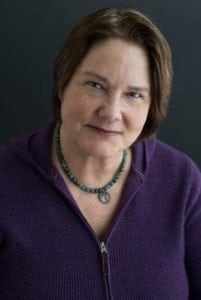 How have you been involved with the community?

I moved here six-and-a-half years ago, joined the Cold Spring Area Chamber of Commerce and within a year was asked to join its board. I was on the board for five years, became vice president in 2013 and president in 2014. It was an amazing amount of work and responsibility in dealing with merchants on Main Street, home-based businesses and those on Route 9 — many varied interests.

What do you see as the top issues facing the village?

Infrastructure is a huge problem. The only reason the sidewalk project was all but completed this year is that the money was going to be lost. If the money had been there for another two years, the project would have gone on to the next term for the next person to do.

Attitude. I’d like to make the administration less hostile to local businesses.

Third, I have heard about the hiring of someone who doesn’t have the qualifications to be the crew chief of the highway department. And other grumblings. There are employment issues that may have to do with penny-wise, pound-foolish thinking — that you hire someone who’s cheaper and don’t pay attention to morale. There’s a lack of respect for anything but the fiscal bottom line.

Which issue is highest on your personal priority list?

Infrastructure is important. This administration doesn’t look beyond the borders of Cold Spring. They have no relationship with Carmel. I don’t know what relationship they have with Philipstown. They have failed to take a strong seat at the table for the planning of the Fjord Trail — the ideal time to get infrastructure dollars for trash, bathrooms — managing tourism which impacts our infrastructure but for which we get no help. We can’t tax our residents for that.

What is one area where you feel the current administration could improve?

Transparency. One of the things I find so shocking is they’re approving bills in batches of $50,000 to $100,000 and not identifying what they’re for. It’s a way to bury the legal bills. I’m concerned that this administration has caused lawsuits that inevitably cost the village a lot of money and they’re trying to conceal that.

What can be done to improve Putnam County’s financial support for tourism in the village?

I pushed hard for that when I was Chamber president. Carmel resents Cold Spring and Philipstown because we’re led by the wrong political party; it’s not easy to get money out of them. It’s a question of developing a relationship; something neither the town nor village has with Carmel. I called my party the Bridge Builders Party because I want to reach across aisles and not be averse to talking to people who voted for Trump.

Which of your personal traits would help make you an effective mayor?

I’m kind of geeky and like to learn technical things. I’m eager to talk to [Water & Sewer Superintendent] Greg Phillips about the dams. I’m a naturally creative person. I started a legal tech company. I’ve been involved with a lot of nonprofits that do creative things. I like to think outside the box.

Zipcar is adding two more parking spots in Beacon at the Metro-North station. What a great way to generate revenue. Renting out two spots at Cold Spring’s municipal lot, which is usually empty, would be a good idea. And as the Cold Spring Boat Club rebuilds, could we get someone who wants to develop a concession, a store or summer café that would pay the village something?

What area of knowledge would you need to improve in order to be an effective mayor?

I would need to study village and state laws and that’s what I do for a living. Understanding how things fit together. Understanding dams. The needs of the highway department and how it works. When I’ve run companies in the past I’ve treated everyone as family, with dignity.

Why are you running again? Did you envision seeking a second term when you were elected two years ago?
I thought I’d want a second term. I’m running for the same reasons [Trustees] Marie [Early] and Fran [Murphy] gave [in their interviews with The Current]. We got a lot done but there’s more in the works that we’d like to finish. I do like the job. It’s interesting — a good learning experience. 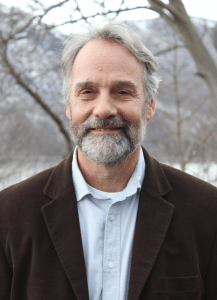 What would you list as your administration’s successes?
Several: negotiating with the Cold Spring Boat Club and completion of the Coal Tar Remediation project; completion of the Main Street sidewalks; videotaping all Village Board meetings and most board and committee meetings; paving the municipal parking lot and installing the meter; negotiations with Seastreak for additional revenue and staggered docking; filling all board positions with highly competent residents and bringing civility back to Village Board meetings.

I’m most proud of the time and effort put into those successes by fellow board members, our volunteer board and committee members, village staff and employees. I’m extremely proud of the fact that I kept things together with their help; we accomplished so much in such a short time.

What key issues must be addressed in the next two years?
The dam. There’s been a lot of red tape with the New York City Department of Environmental Protection through I don’t know how many administrations. For the hookup to the aqueduct they want a water district created, then they don’t, then they do. It’s been frustrating. But what’s more important than water?

The employee benefit package. When our accountant left we saw how poorly it was written. We’ve been working with our attorneys to clean it up. We’re dealing with people we know and the reality of health-care costs. Ed Trimble [the former highway supervisor] was 55 when he retired. Greg [Phillips, the water and sewer superintendent] will probably be 55 when he retires. Just between them we’d be paying about $50,000 a year for 10 years [in health-insurance costs].

The firehouse, to bring it to a closure. The fire company has to work with us. People think it’s adversarial if you ask questions. We need information, financials, which they are reluctant to give. It’s not the way to start a negotiation. There are things we can’t do with the current structure, like build a second floor. But there are options. Something has to be done.

Is consolidation among Cold Spring, Nelsonville and Philipstown realistic, and a priority for you?
It’s not a high priority for me. The building department is an easy one. It makes sense. Philipstown seems to be interested and we’re moving ahead. We need full-time service from that department. The justice courts could be looked at, but I’m not sure beyond that.

There seems to be almost no disagreement on the current board. Isn’t a good debate over issues healthier?
You don’t see everything. I talk to the trustees and there’s definitely disagreement, such as on financial issues. Our meetings are civil. A lot of the topics aren’t controversial. Maybe the upcoming budget: how to save money, what to take it from, what to increase.

Your opponent has said you are anti-business. How do you respond?
It’s a little bit absurd. The responsibility of the mayor and the board is to work for the best interests of residents and taxpayers, and that’s broad. I’m not beholden to Main Street. I’m all for businesses succeeding but most of our money comes from residents — we’re not getting anything from Putnam County. Businesses have to take responsibility and ownership. It’s their business to improve, make a tree bed better, add something. Those who criticize most do the least to improve things.

You’ve been Haldane school board president, served on the Philipstown Town Board and are village mayor. What’s most difficult about local politics?
It’s always personal. It’s a small village. When you make changes that affect someone, it’s people you know. You’re going to rub somebody the wrong way or somebody is not going to like your decision. A few people who have been my friends for a long time just walk past me now. I see people ripping me on Facebook when they don’t know the facts; people hoping lawsuits go through and that I’m sued personally. The hardest part is making decisions that work for everyone.

In hindsight, is there an initiative you might have handled better?
I don’t have any regrets. The funniest was the Fourth of July parade issue. Local vets approached me saying it was too hot in July and there had just been a parade for Memorial Day. When I questioned the parade, it became an issue, that I was going to end the entire celebration. Maybe in hindsight I wouldn’t have even brought it up, or brought it up a little differently.

One thought on “Meet the Mayoral Candidates”