The NCAA will select 68 teams on Sunday, March 12, to play in its annual men’s Division 1 basketball tournament. Our sports editor, Leigh Alan Klein, will then make his picks. Can you beat Leigh?

We have invited a number of local prognosticators to take on Leigh at bracketchallenge.ncaa.com. That’s where you also can add your own bracket as soon as the selection show ends on March 12, through noon on Thursday, March 16.

You should know what you are up against. Besides his duties for The Current, Klein is the host of “The Bracket Show,” which airs at noon on Saturdays on SB Nation Radio (podcastarena.com/that-bracket-show), and a frequent contributor to Slam and Basketball Times. 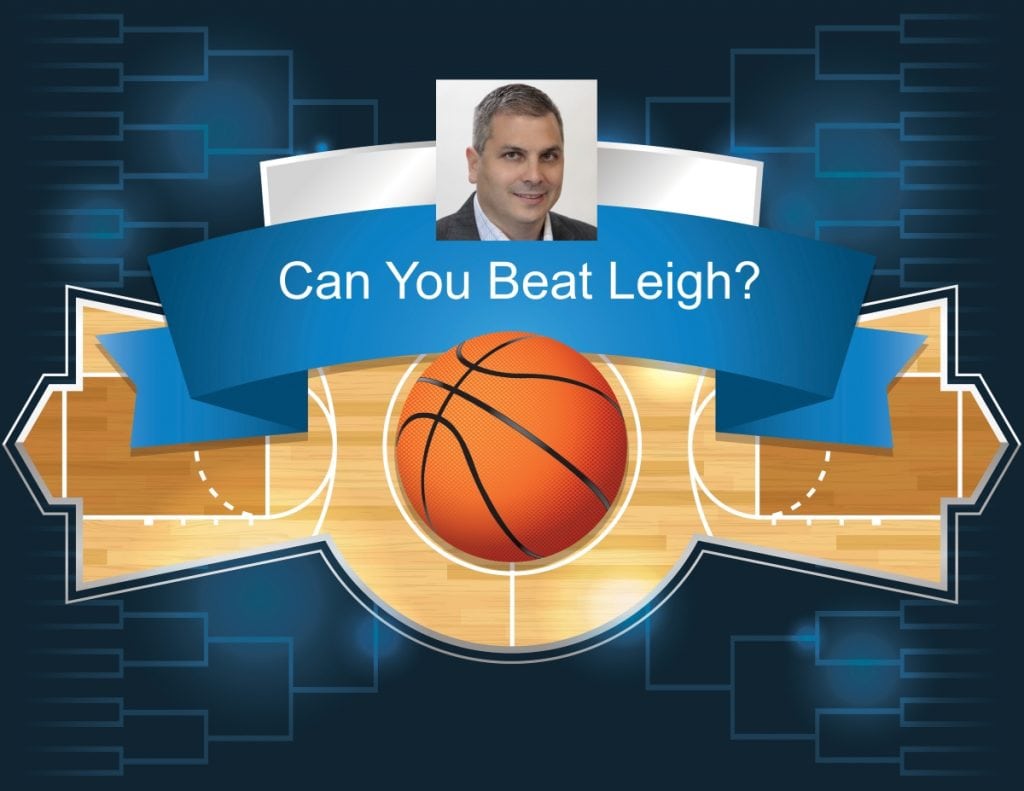 Most notably, for more than 20 years Klein ran the Five-Star Basketball Camp for elite high-school players that was co-founded by his father, Will Klein, in 1966. The summer camp has been attended by more than 10,000 future top college players and 500 NBA players.

Although not in his best interests, we asked Leigh, who spent time on staff with Texas and Rhode Island during NCAA tournament runs, to share a few tips on what to look for in teams when you’re making your picks (assuming you have a system more complex than throwing darts):

Guard play — Tournament success in the past 20 years has come down to having great guards who can create plays and make improbable shots. Need proof? Tourney heroes: Tyus Edney, Bryce Drew, Bobby Hurley, Kemba Walker, Shabazz Napier… Pick schools with guards who can put the team on their back by scoring in bunches or making plays for teammates.

Three lethal scoring options — The scouting in modern college basketball is incredible. Coaches know every set and tendency of their opponent and even self-scout to reengineer their teams. Every possession counts, so when your top options are gone, there must be capable hands to give a team any chance at winning six in a row.

Dealing with adversity — When adversity strikes and a team falls behind, will its players stay focused or self-destruct? At some point during the champion’s run, a match-up advantage will be neutralized. How does the team react? What happens when the officials influence how aggressive the defense can be? A key player fouls out. Will the bench player step up? The teams that don’t react quickly and effectively to the pressure get swallowed up.

Versatility — A team’s best shooter may need to make a key pass. The guards may need to grab a rebound. An opponent may switch on all screens, forcing players to guard small on big and big on small. The third option is now the go-to guy. He has to perform.