A former Garrison resident is reaching out for help after Hurricane Irma destroyed her Florida.

Julie Marcinak, 22, was living in a “floating hotel” on Key Largo while she and a friend renovated a houseboat. As the forecast worsened during the week of Sept. 3, she moved all her possessions from the houseboat to the hotel, confident they would remain out of harm’s way.

“The studio apartment was on the second floor of the hotel; I thought it would be safe from flooding,” she said. 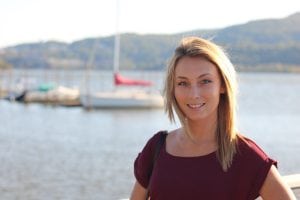 Flooding was not the problem. The floating hotel was torn apart by 150 mph winds. And the houseboat sank.

Marcinak obeyed an evacuation order and left the Keys on Sept. 7, two days before Irma struck. She packed, she said, “as though I was going out of town for the weekend.”

She was among millions of Florida residents fleeing north. A six-hour drive to the state line took 11 hours as vehicles crawled along at 20 mph. 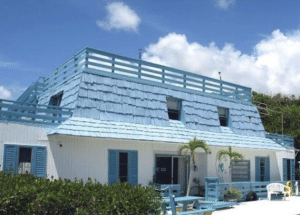 The floating hotel before…

“I lost everything,” she said. “It’s like you’ve lost your whole life.”

When she returned briefly to Key Largo, the floating hotel had been reduced to “a pile of splinters.” Searching through the wreckage, she found one shoe, a swimsuit and little else. A bulletin board filled with her most important personal photos was destroyed. She lost the jewelry that her father, who was killed in 2008 during a robbery at his Garrison Garage, had given to her mother. Her class ring was gone, along with every stitch of clothing and all her furniture.

Now living in Highland Falls and working at a restaurant, she said she plans to return to Florida in January, when she hopes the tourism industry will have rebounded in the Keys. 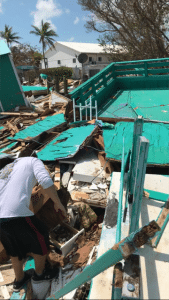 Marcinak said she will be better prepared for the next hurricane. “I’m trying to buy a camper or RV,” she said. “That way I can drive it away. “

The Garrison Fire District pledged $100 to kick off a GoFundMe campaign. Her late father, John Marcinak, was a lifetime member of the fire company, and his garage was located on Route 9 near its headquarters.