Police looking for anyone who had contact with Brooklyn woman 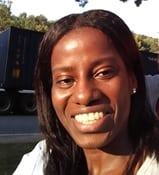 New York State Police have identified the woman whose body was found in February in a tributary to Wappinger Creek as Ashanti Moore, 36, of Brooklyn.

Moore’s body was discovered on Feb. 27 in a location accessible from Maloney Road in the Town of Wappinger near the LaGrange town line.

The police said Moore had traveled through or stayed in the the Hudson Valley, Binghamton, Buffalo and Pennsylvania in August and September 2017. She also may have spent time in the Chattanooga, Signal Mountain and Red Bank areas of Tennessee as well as Rossville, Georgia.

Investigators are asking that anyone who may have come in contact with Moore to contact State Police Troop K Headquarters at 845-677-7300. All calls can be kept confidential.