Dan Dillon, 73, a lifelong Cold Spring resident, was a member of the Philipstown Softball League through five decades. He plays in two Poughkeepsie senior leagues and for the Syracuse Cyclones travel team. 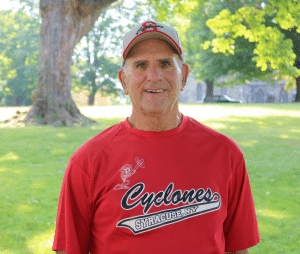 Why did men’s softball die out in Philipstown?
The younger guys coming out of high school just didn’t want to play; their priorities changed. It’s unfortunate because we had a good, very competitive league. At its height in the early 1960s there were 14 teams. In the final year, in 2004, we were down to three. It was sad to watch.

What have been some highlights of your decades on the ball field?
In 1954, when I was 9, my Yankees won the Philipstown Little League Championship. I was named Rookie of the Year. I still have the trophy! In 1963, I was on the Haldane baseball team that won the league championship, small-schools championship and Putnam-Dutchess County Championship. In 1992, at age 47, I played on the state 35-and-older championship team and was tournament MVP. I was also MVP on the 65-and-older 2012 World Championship team. 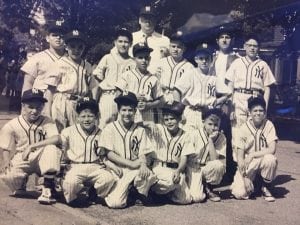 What is the biggest challenge of playing softball in your 70s?
Staying healthy. The past few years have been tough. Five years ago, while recovering from my third back surgery, I learned I had prostate cancer. I’ve had rotator cuff surgery. I have four screws in my shoulder. But I recover and get back to playing. I work hard at it.

What do value most about the game?
Being able to continue to play. I hope to be on the 75- and 80-and-older teams. I wouldn’t be able to do it without my wife Cathy’s support. There’s a lot of travel and she often comes with me. We’ll be married 50 years next year.

What are the travel tournaments like?
The Cyclones play in seven or eight tournaments a year, from Virginia, Maryland and Ohio, to North Carolina, Cape Cod, Florida and Nevada. In the World Championships in Las Vegas there are more than 600 teams with players ranging from 40 to 85 or even older; our pitcher is 78. Tournaments bring millions of dollars into the local economy. Senior softball is big.

One thought on “5 Questions: Dan Dillon”