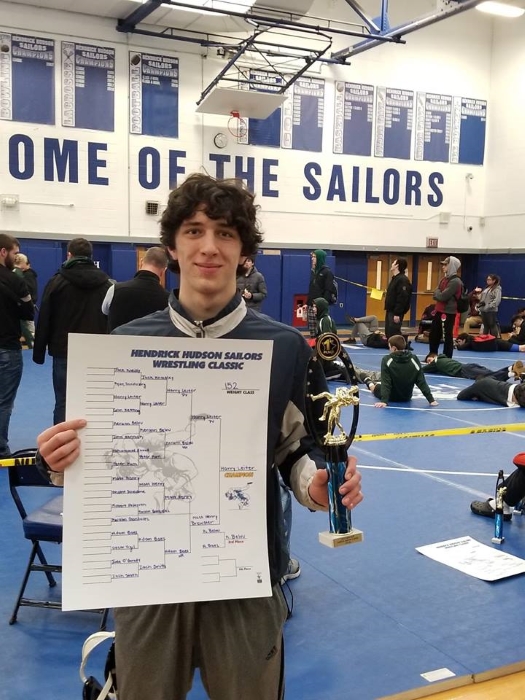 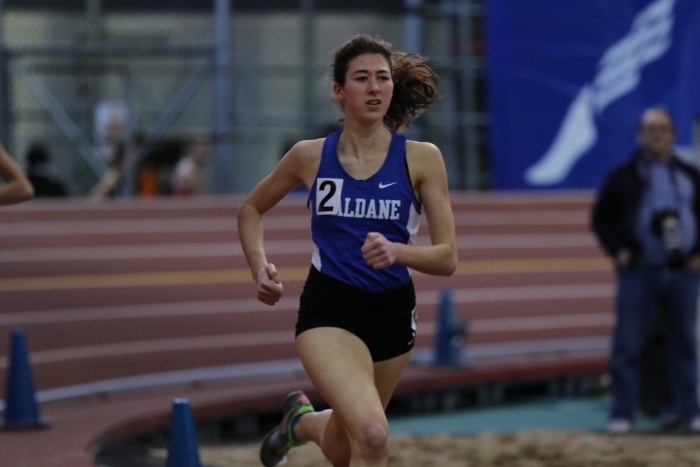 RECORD TIME — At a league meet on Jan. 13 at the Armory in New York City, Haldane senior Ashley Haines trimmed nearly two seconds off the school record for the indoor 600-meter run, finishing in 1:42.46. (Photo by Michael Haines)