Says legislature did not acknowledge protest

A health professor whose work is cited in a resolution passed on April 2 by the Putnam County Legislature condemning the state Reproductive Health Act says her research was misrepresented.

Drafted by Robert Firriolo, the Legislature’s lawyer, the resolution urges the state Legislature to repeal the RHA, claiming it is “essentially authorizing infanticide,” will make abortions “less safe and more common” and can “allow violent criminal acts to go unpunished.”

Enacted in January, the RHA allows any licensed and certified health care practitioner — not only a medical doctor — to perform abortions, and eliminates a requirement that a second doctor monitor an abortion at 20 weeks’ gestation or later in case it results in the birth of a live child who would die without immediate medical care.

The law also revised the state criminal code, which had allowed someone who attacked a pregnant woman and killed her fetus to be charged with criminal abortion.

Legislator Nancy Montgomery makes a point on April 2 during the debate over the resolution. (Photo by Ross Corsair)

The Putnam resolution passed 8-1 in a contentious April 2 meeting of the legislature. Only Nancy Montgomery, who represents Philipstown and is the panel’s lone Democrat, voted against the measure. In a 4-0 vote on March 6, the Carmel Town Board also called for the RHA to be repealed.

The Putnam resolution cites research by a professor of obstetrics, gynecology and reproductive science, stating:

As reported by Diana Greene Foster of the University of California, San Francisco — the lead investigator of the largest-ever study of women seeking late-term abortions: 1) fetal abnormalities “make up a small minority of later abortions”; 2) abortions prompted by threats to the health of the mother are even rarer; and 3) women’s reasons for late-term abortions include many not related to rational conceptions of “health,” including travel considerations, expense, indecision and disagreements with the father.

After legislators on the Health Committee approved the resolution on March 18 and sent it to the full Legislature for consideration, Foster wrote to the Legislature “to correct a misrepresentation in my work.” (Putnam Young Democrats first contacted Foster about her research being cited in the resolution and distributed her letter to reporters and local and state legislators.)

For one thing, Foster wrote, her research excluded cases where women sought abortions because of a fetal anomaly or danger to the woman’s life. “So the data on why women seek later abortions cannot be used to determine the relative frequency” these reasons occur, she informed the legislators. 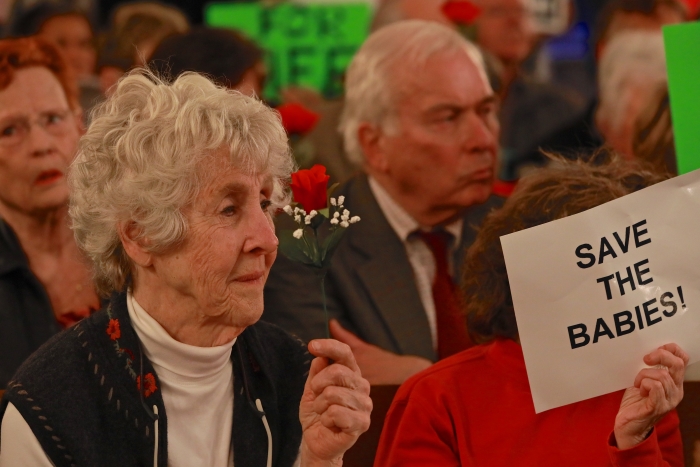 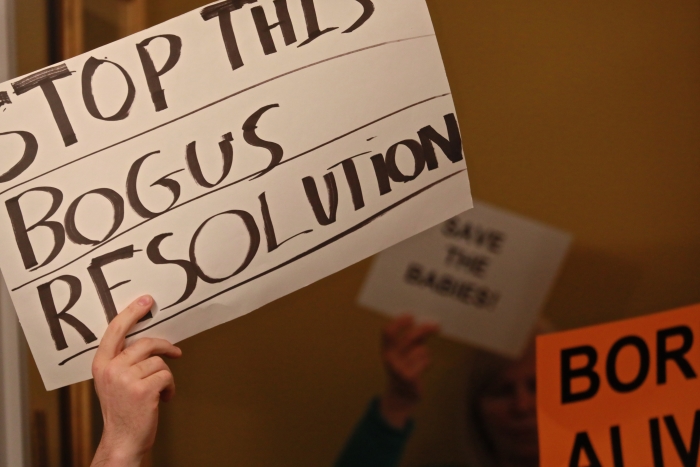 She also told the legislators that her study’s results “strongly indicate that the well-being of women, children and families is strengthened when women are able to terminate unwanted pregnancies, consistent with the intentions of the Reproductive Health Act.”

Foster told The Current on Wednesday (April 10), that neither the county Legislature nor any legislators responded to her letter or acknowledged receiving it. While Foster’s study was published in 2013, she said that only recently has it been cited in anti-abortion arguments.

Foster’s letter of protest was not mentioned during the April 2 meeting of the Legislature, nor was it included in backup material provided to the public and press. The backup also did not include an 11-page memo written by Firriolo to rebut Montgomery’s March 18 critique of the resolution. The Current has requested that memo under the Freedom of Information Law.

The Putnam resolution cites data compiled by the Guttmacher Institute that “at least 12,000 late-term abortions take place every year in the United States,” claiming that “almost none of which are done out of medical necessity.” That figure comes from a study by the institute using 2014 data that estimated 1.3 percent of 926,200 abortions that year took place after 21 weeks, which would be during or after the second trimester.

However, the institute did not discuss the reasons for late-term abortions. Instead, it cited a 2005 study that said of all women who receive abortions, 89 percent of which take place in the first 12 weeks, about three-quarters said they could not afford a child or were not ready to become a mother. 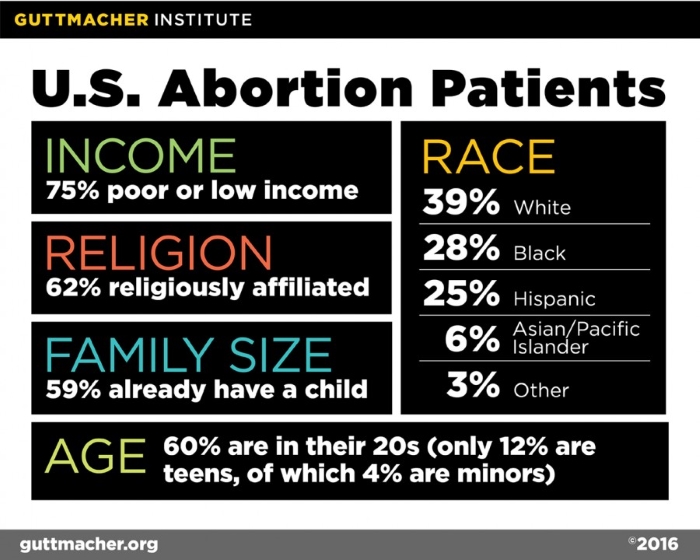 Further, the Putnam resolution says the RHA has allowed “violent criminal acts to go unpunished,” citing two recent cases in which pregnant women were stabbed. In Queens, the resolution said, a prosecutor was “unable to charge a violent assailant with the stabbing death of a woman’s unborn baby” and in the Bronx, a prosecutor “was forced to drop criminal charges against a violent assailant who stabbed a woman who survived but tragically killed her unborn baby.”

In the Queens case, Anthony Hobson was accused of stabbing to death his former girlfriend, who was 14 weeks pregnant, on Feb. 3. He was charged with second-degree murder. Because the RHA removed abortion from the criminal code, the prosecutor said he could not justify a separate charge of “second-degree abortion.”

In the Bronx case, Oscar Alvarez was accused last year of stabbing his fiancée, who was 26 weeks pregnant. She survived but her fetus did not. Alvarez was charged with attempted murder and second-degree abortion, although it’s not clear if the latter charge has been dropped.

In March, Republican State Sen. Pamela Helming introduced a bill that would establish the crime of “assault on a pregnant individual,” whether the fetus is harmed or not. The bill’s co-sponsors include Sue Serino, a Republican whose district includes the Highlands.

One thought on “Researcher Says Resolution Twisted Her Findings”