Maria Pia Marrella is an artist who likes to toy with her viewers, placing objects into environments where they’re not typically found, sometimes appropriating the style of painters who worked centuries ago.

Her most recent paintings — presented as Il Mondo di Putti, or The World of Putti, the traditional cherubic figures common in paintings of the Renaissance — will open at the Buster Levi Gallery in Cold Spring on Thursday, July 4, and continue through July 28. “In Italy, putti are peeing constantly!” Marrella says with a laugh. 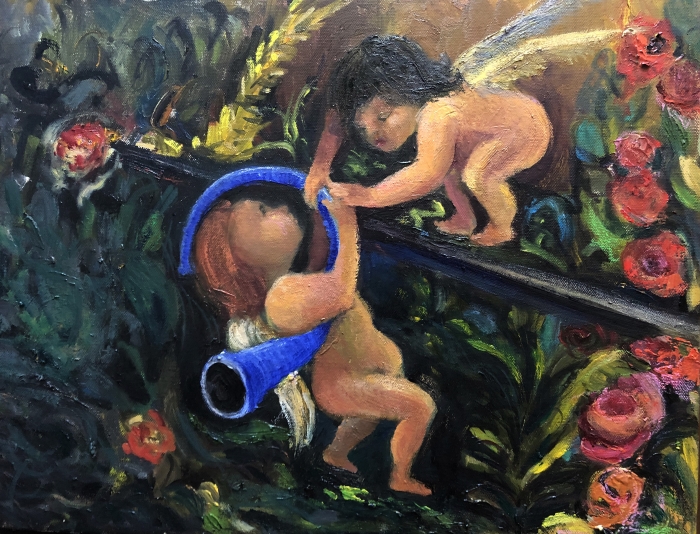 It was a putto in a broken light fixture, sculpted of bronze, that inspired her. It caught her eye, while she was looking at flowers in a garden outside her Cortlandt Manor home. “I love the round forms,” she says.

Marrella began painting, unable to resist an urge to place putti in unusual locations while conjuring works by masters such as Tiepolo and Correggio. She gave the works titles such as Putto-Over-Hudson.

Growing up in Jersey City, Marrella always drew. Her influences ranged from her physician father’s medical journals, which for some reason included reproductions of mostly Impressionist paintings, along with her favorite magazine, Mad. 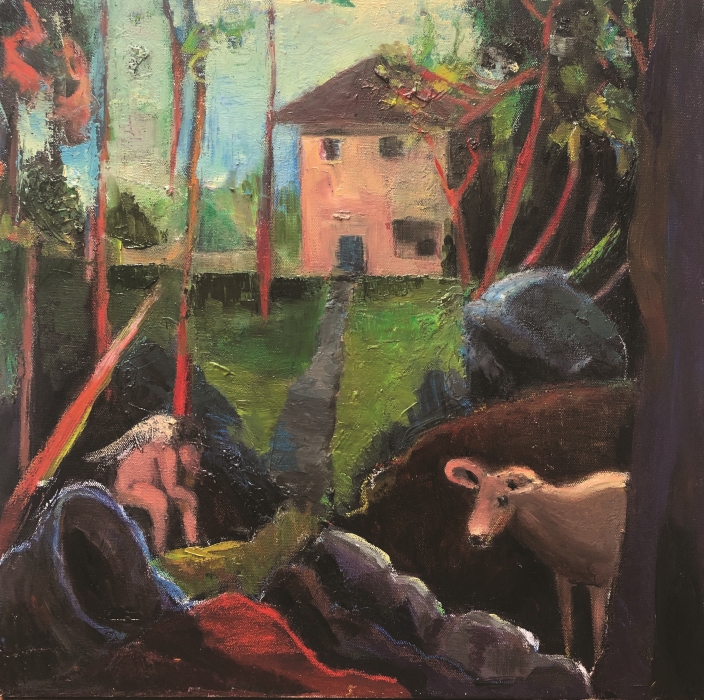 Marrella studied art and education at Marymount College at Fordham. “I had no interest in teaching, but my parents told me that if I was going to be an artist, I had to get a teaching credential.” (She later earned an MFA from Parsons and attended the New York Studio School.)

She eventually did become a teacher. But in the meantime, she supported herself as an artist by waiting tables and taking graphic design assignments in the age of paste-up and hand mechanicals. She also did freelance illustration.

After working at a firm as a graphic designer, Marrella was laid off. “I went to a place called Studio in the School, where they taught artists how to become teachers in exchange for working in under-served schools,” she recalls. “It was around then that I began repurposing famous paintings, appropriating them, putting them in modern, cubist spaces, thinking about the composition. My work is actually on a grid — that’s how I break it up — which probably comes from being a graphic designer.”

She did a number of series of paintings, including Abstractions (1996-2013) and Asian Constructs (2009-11). She and her family moved to Cortlandt Manor from the city after she watched the second tower fall on 9/11. “I realized it was time to leave; there was ash in my cubicle, and smoke would follow me home,” she recalls. 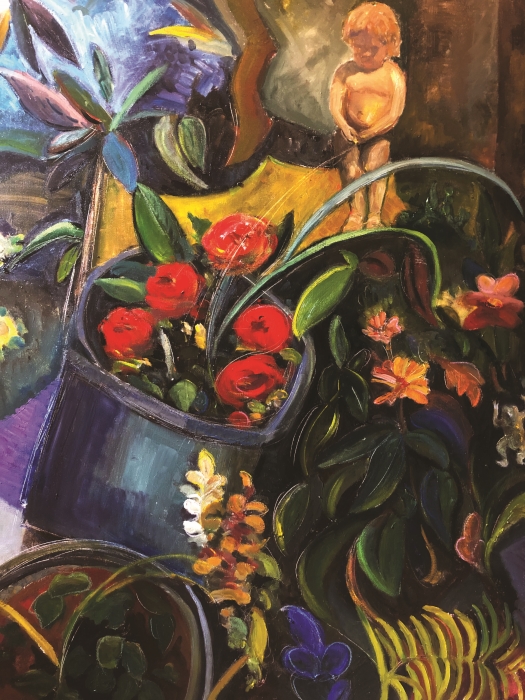 The last time Marrella exhibited at Buster Levi, two years ago, she was in a darker place. The show was called Distopia and “put Disney characters in disturbing scenarios,” she says. “It was a more palatable way to show violence, with a cartoon.” She was also teaching at schools in the Bronx, where many of her students were undocumented immigrants. “They were terrified and sometimes their art reflected that.”

Today she says she is more upbeat, personally, and focused on vibrant colors and humorous narratives, some on surfaces she hasn’t attempted before such as old glass palettes that are “thick, encrusted with paint, very tactile.” She’s still teaching in the Bronx and feeling optimistic because her school recently received funding that will turn it into a school for the arts.

Buster Levi Gallery, at 121 Main St. in Cold Spring, is open Friday through Sunday from noon to 6 p.m. See busterlevigallery.com.