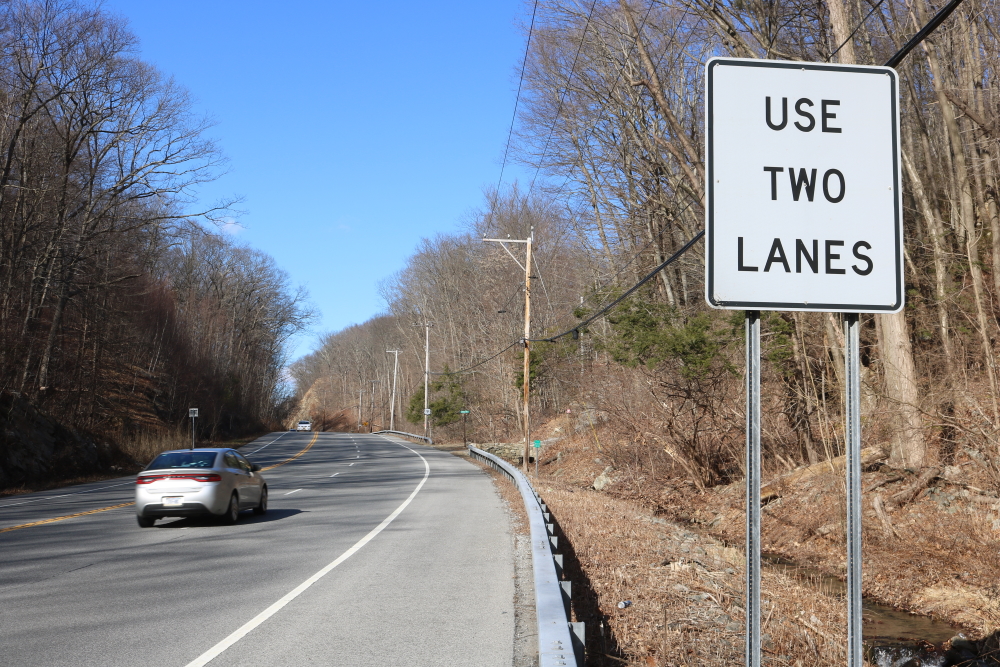 Some help, some confuse, some are just funny

My dad gets credit for my habit of paying attention to signs. When I was a kid in Ontario, he once said, “Michael, in Windsor there’s an intersection where the street signs read Sandwich and Chew It.”

I didn’t believe him, so he took me there. To my amazement, he was right. It was the corner of Sandwich and Chewett streets.

I’ve been noticing signs ever since and have determined there are three types: those that provide crystal-clear directions; those that do the opposite; and those that make you chuckle.

The clearest sign I’ve seen was at a ski resort in northern Michigan, where snow was piled 10 feet high in front of the lodge. Parking there would be unwise and the sign made that abundantly clear. It read, “Do not even THINK about parking here.” The Cold Spring police might try that near the pedestrian tunnel on Main Street where drivers regularly park beneath the standard “No Parking” signs.

Other signs are murkier. A couple of sections of Route 9 in Garrison direct drivers to “Use Two Lanes.” I have straddled the white line more than once, using two lanes, hoping to be pulled over by the local constabulary so I could argue that I was only doing what the sign instructed me to do.

A sign on Route 301 leading into Nelsonville merits nomination in the annual head-scratcher-signage awards. It reads, “Speed Zone Ahead.” If logic applied, the sign would instead read “Slow Zone Ahead.” 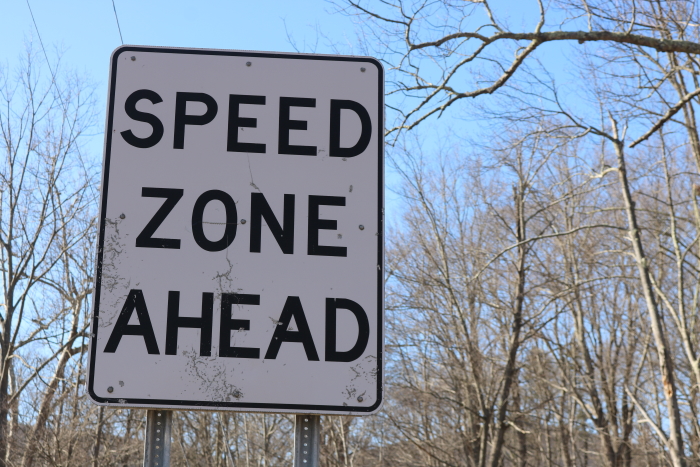 Shouldn’t it be “Slow Zone Ahead”? (Photo by M. Turton)

Despite such astute observations, I’ve never claimed to be the brightest interpreter of signs. When I first became of age to legally enter a pub, I was delighted to see an attractive sign that read “Free Beer Tomorrow.” I was disappointed the next day. And the day after that.

How is it that I can stand for hours by a “No Standing” sign and never be ticketed, but if I sit in my car beneath the sign I will be fined? Note: if the sign read “Do not even THINK of standing,” it would do nothing to clear the fog.

A sign I came across in Australia when visiting my son was even more puzzling. It read “No Under-Standing Any Time.” My son was equally baffled. Neither of us understood. 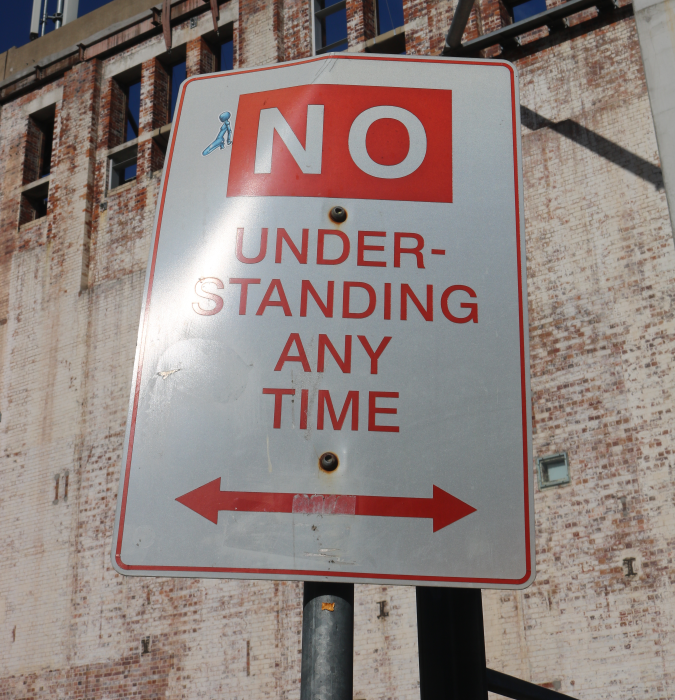 A puzzling sign in Australia (Photo by M. Turton)

The lack of punctuation can muddy the signage waters, too. Consider those “Slow Children Playing” signs, which are not actually meant as a comment on the IQ or dexterity of neighborhood kids.

My favorite punctuation-challenged sign appeared outside a restaurant in Ontario’s Bruce Peninsula that was known for its fried chicken and Friday-night hoedowns. That one read: “Chicken Dancing Every Friday.”

I can also lay claim to having been in the world’s smallest place, even though its sign made no mention of the population — its name, Arner, appeared on both sides of its sign. The only way Arner could have been smaller was if the sign was made from half-inch rather than inch-thick plywood.

While the Arner sign is a good example of understatement, others tend to overstate things. Emerging from the Detroit Tunnel when driving from Michigan into Ontario, Canada welcomes visitors with a sign that reads “All Highways – Turn Left.” Really? All highways? Ventura Highway? Alligator Alley? Route 9D?

Scotland, though, may have produced the best of the best with a sign that is clear yet makes the viewer chuckle, while questioning if it is to be believed. Full disclosure: I did not see this sign firsthand, but a visitor to the Scottish Highlands, who happens to be my ex-wife, showed me the photo after a business trip there. In those other Highlands, where sheep graze on ridiculously steep slopes along a winding rural road, was a distinctive black-on-yellow sign that read “Beware of Falling Sheep.”

3 thoughts on “Reporter’s Notebook: In Search of the Perfect Sign”