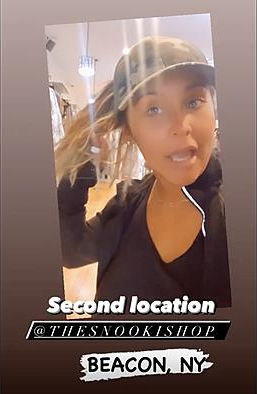 Nicole Polizzi, best known as “Snooki,” a star of the reality series Jersey Shore that aired on MTV from 2009 to 2012, said she plans to soon open a clothing store in Beacon.

It would be the second location for The Snooki Shop, which the Marlboro native launched in 2018 in Madison, New Jersey.

“I grew up in the Hudson Valley, so I’m super excited to go back to my roots,” Polizzi, 32, said in a video posted on Instagram. “Get ready, because it’s happening and I cannot wait.”

One thought on “Snooki Says She Will Open Beacon Shop”