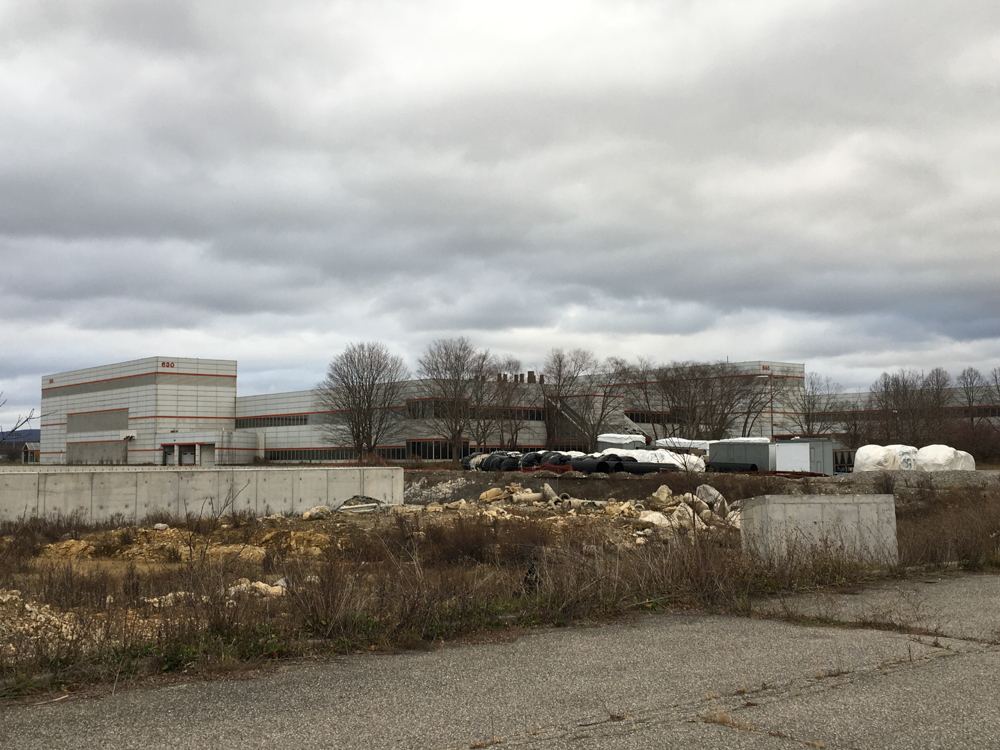 Amazon has proposed building a 629,186-square-foot warehouse on a former IBM site in East Fishkill. (Photo by L. Sparks)

Amazon and a developer are seeking millions of dollars in property tax breaks as a prerequisite to open a distribution center on a 124-acre site on Route 52 in East Fishkill that was abandoned by IBM in 2005.

USEF Tioranda and Amazon, which had $281 billion in sales in 2019, say they would demolish the buildings on the southern portion of what used to be IBM’s West Campus and construct a 629,186-square-foot warehouse, with 132 docks for loading and unloading, at a cost of $135 million.

Construction would begin next month and be completed by June 2022, with Amazon leasing the warehouse as a distribution hub employing the equivalent of 500 full-time employees. Amazon has 1.13 million employees worldwide.

The Dutchess County Industrial Development Agency approved a resolution on Nov. 12 authorizing a preliminary agreement with USEF Tioranda and Amazon, which are seeking a payment-in-lieu-of-taxes (PILOT) agreement that would save them $14.3 million in property taxes over 15 years.

The companies have also asked for $2.6 million in sales tax relief and $497,250 in mortgage tax benefits through the IDA.

At the IDA meeting, Brad Griggs, a senior member of Amazon’s economic development group, said that tax breaks would be a “material factor” in whether the company decided to open a warehouse in East Fishkill. “But for these incentives, we would have to look at this project differently,” he said.

According to Griggs, the facility would function as a receiving center where employees would take bulk shipments of high-volume products and break them down to fill orders.

Salaries would range from $15 to $29 per hour, according to documents provided to the Dutchess IDA. Fifty of the jobs would be management positions paying an average of $60,000 a year, and the other 450 would be production jobs. In addition, the firms said they would hire about 200 construction workers.

Both USEF and Amazon said the completed project would dramatically increase the property’s assessed value, from $5.2 million to $95 million. Property taxes on the site, now at $155,000, would be an estimated $3.6 million once the PILOT agreement expired.

Asked by Timothy Dean, the IDA’s chair, if Amazon could guarantee 500 jobs, Griggs said the company tends to be “conservative” when estimating its potential hires. “What we’re looking at is significantly more headcount than that long-term,” he said.

For Amazon, part of the draw is the site’s proximity to Interstate 84, which would provide for “easy-on, easy-off” truck traffic, said John DiCola, a partner with Bluewater Development Group, another company involved with the proposal.

IBM bought the 158-acre property in 1983 and constructed five buildings as part of its Semiconductor Research and Development Center. It later moved its operations to the East Campus and put the West Campus property on the market. A succession of owners, and development ideas, followed.

In 2015, Hopewell Sportsdome Ventures bought a 34-acre parcel on the north part of the property and received town approval to build a recreational sports complex but the work has stalled.