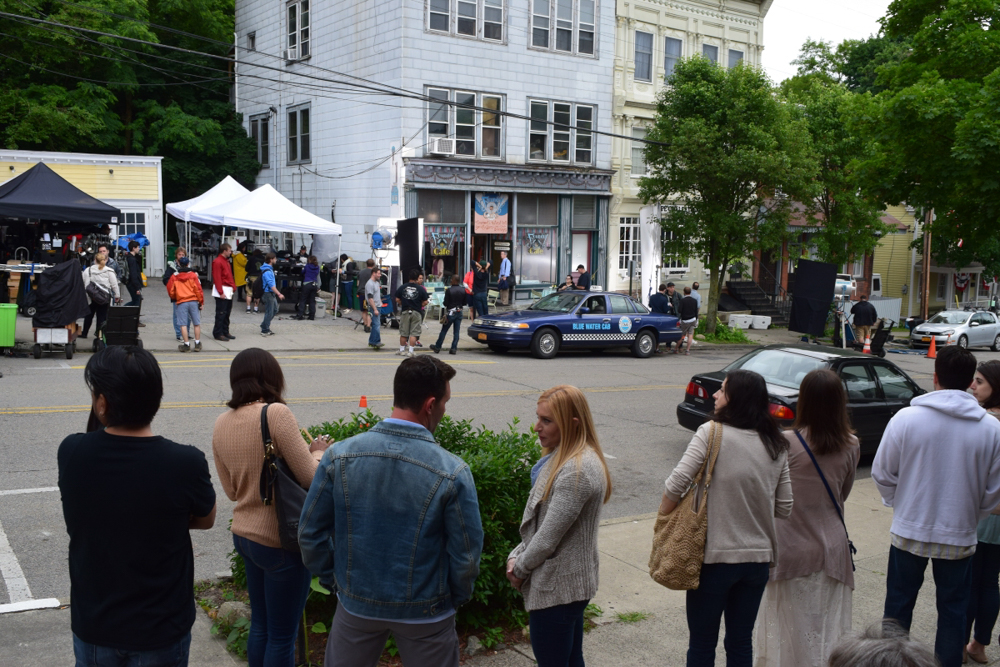 Extras wait in the foreground for their turn to walk through one of the Main Street scenes in Cold Spring during the filming of "The Affair" in 2015. (File photos by M. Turton)

You could not write a better scene.

Laurent Rejto, the executive director of the Hudson Valley Film Commission, said on Dec. 11 that, right after ending a phone call with me to discuss Putnam County’s new effort to lure film productions, he was contacted by a friend needing a location for a CBS television series.

The producers were looking for a “bucolic-looking farmhouse in Putnam County,” Rejto said, similar to the farmhouse from the 1967 movie In Cold Blood.

It’s the kind of call Putnam officials and Rejto hope will become more frequent because of Film Putnam, an initiative to bring productions here, along with their spending and hiring.

The Putnam County Economic Development Corp. and the county Department of Tourism and the Putnam Industrial Development Agency have each contributed $4,000 to contract with the HVFC to market the county, said Kathleen Abels, president of PCEDC. 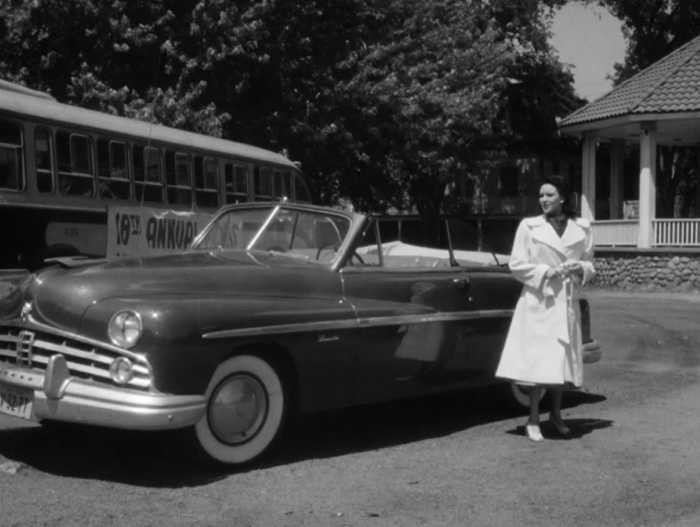 A scene from A Letter to Three Wives that includes the Cold Spring bandstand, at right. The film won two Academy Awards.

In addition to developing a portfolio of locations and building a database of actors and production professionals, Putnam is searching for a building suitable to house a 7,000-square-foot production facility for interior scenes and editing.

Dutchess County, which has provided locations for films such as the 2018 thriller A Quiet Place and the HBO miniseries The Undoing and I Know This Much Is True, is established with the industry, Rejto noted, but some producers also have crossed into Putnam to shoot because of its proximity. For that reason, “it seems silly to not include Putnam County” in the commission’s promotion efforts.

For Putnam officials, the county’s strengths are many and varied: settings ranging from farmhouses to main streets; the Hudson River, lakes and mountains; and historic and iconic buildings.

Among other locations, it will pitch producers on the Boscobel House and Gardens and the Castle Rock residence in Garrison, The Chapel Restoration in Cold Spring, Magazzino Italian Art in Philipstown, the Brewster train station, the historic Putnam County Courthouse in Carmel and Tilly Foster Farm in Brewster.

Last year, film productions spent about $46 million in the Mid-Hudson region on 42,000 hotel rooms, catered meals and other expenses, and hired 4,000 actors and extras and more than 500 crew members, according to the HVFC.